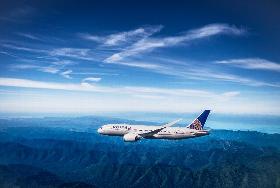 United Airlines has seen cargo revenue increase by 15.8 per cent in the first quarter of 2015 to $242 million, making up for the fall in the same period of 2014.

United chairman, president and chief executive officer, Jim Smisek, says: “We are making significant progress on our long-term plan to reduce costs, improve our margins and grow our earnings.” In the first quarter of 2015, United Airlines made a profit of $508 million, compared to a loss of $609 million in the same period of 2014. In the second quarter it made a profit of $789 million, followed by $924 million in the next period.

The airline will extend the life of 21 Boeing 767-300 Extended Range through investments including winglets and reliability improvements. It will move 10 Boeing 777-200 onto domestic routes and an undefined number of Boeing 757-200s into domestic and Latin American markets.