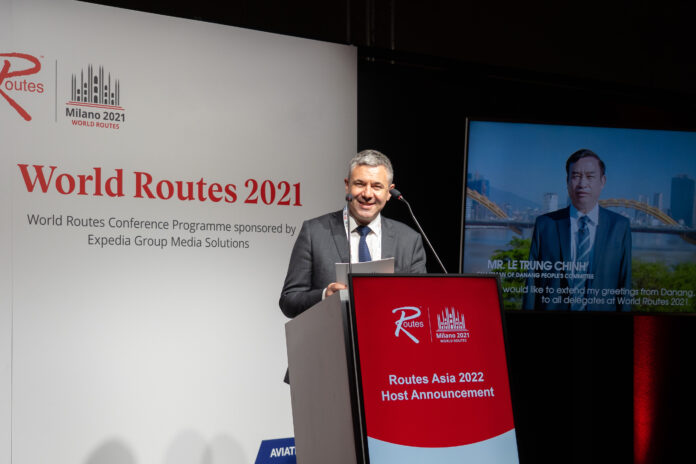 As the 2021 edition of the event drew to a close, SEA Milan Airports handed over the hosting responsibilities of the event to Las Vegas Convention and Visitors Authority (LVCVA) and McCarran International Airport.

“It is an honour to once again serve as the host airport for Routes World,” said Rosemary Vassiliadis, Clark County director of aviation. “After so many trying and tumultuous days and nights in this pandemic, it is more important than ever for the world’s aviation leaders to come together and plan our industry’s path forward. While there are still challenges ahead, this will be an extraordinary opportunity to reconvene with old partners and forge new connections that will reignite and expand global travel.”

It was also announced that Routes Asia will take place in Vietnam for the first time in 2022, with Da Nang People’s Committee, Da Nang Department of Tourism and IPP Travel Retail being selected as the hosts of the 16th annual route development forum.

Le Trung Chinh, chairman of Da Nang People’s Committee, said: “Routes Asia will provide a golden opportunity to promote inbound tourism opportunities and drive the socio-economic growth for the city. By hosting the event, we will proactively position Da Nang as a hub for entrepreneurship, innovation, logistics, finance and culture.”

Speaking at World Routes, Steven Small, director of Routes, said: “We are very excited to be working with Da Nang People’s Committee and their strategic partners to bring Routes Asia to the city in 2022. Routes Asia will play an integral part in Da Nang achieving its ambitious masterplan to become the socio-economic centre of the country by 2045.” 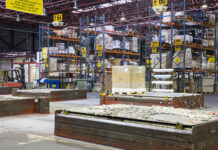 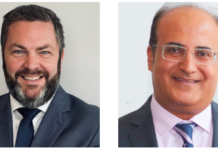 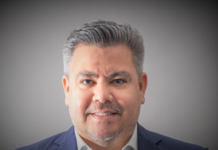 GEODIS’ Leadership Programme recognised as the best in Asia