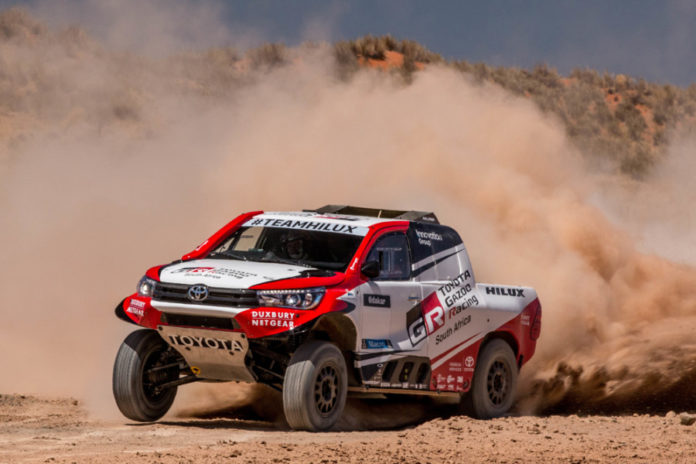 The partnership has been in place since 2012 and involves transporting the racing vehicles to Sao Paulo, Brazil, en route to Lima, Peru for the start.

The shipment consists of three vehicles and spares weighing 7.9 tonnes, for the event that takes place between 6 and 20 January in Peru, Bolivia and Argentina, which is considered one of the toughest motorsports events in the world.

The racing vehicles are designed in line with size restrictions for commercial cargo holds and take about three hours to disassemble and six hours to reassemble, and they weigh about two tonnes each.

It took 16 hours for the shipment to reach its destination with 11 hours spent on the aircraft.

SAA Cargo general manager, Tleli Makhetha says: “There is about two months’ preparation before the vehicles are transported to ensure that the vehicles get there without any hassles. Our priority is the needs of the client as without them we do not have a business. All of this is achieved through team effort and hard work.”

Toyota Gazoo Racing team principal, Glyn Hall says: “In motor racing, development of the race vehicle is critical. Development takes time, and our partnership with SAA Cargo means that we don’t have to rely on sea freight to send our cars to South America. This gives us a significant advantage in our development strategy.”

The 40th edition of the Dakar Rally started in Lima on 6 January, before travelling to La Paz in Bolivia and ending in Cordoba, Argentina on 20 January with 450 cars, trucks, motorcycles and quad bikes covering 9,500 kilometres over 14 stages across 15 days.