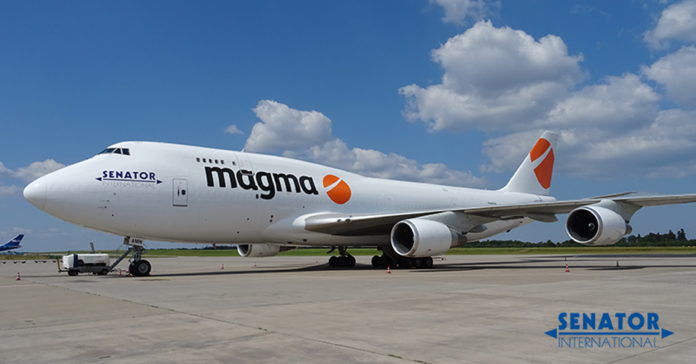 Hamburg-based SENATOR INTERNATIONAL’s successful ‘SAB’ service, with its own controlled cargo flights has now been expanded to Asia.

The SAB SENATOR Asia Bridge will serve Singapore as the first Asian destination – regularly and directly from Germany, from/to Frankfurt.

The new destination of Singapore Changi Airport is a perfect hub for the Southeast Asia and Australia/New Zealand region. This gives customers even more effective and faster options to safely transport their freight to the desired destination, says the forwarder.

“With this new destination, we are building a direct bridge to Asia,” says Tim-Oliver Kirschbaum, CEO of SENATOR INTERNATIONAL.

“Singapore Changi Airport serves as an ideal hub for transports in Asia and the Pacific. We are thus responding to the increased demand for freight flights in this region from and to Europe.”

With the expansion of the network to Singapore, the product “SAB” now connects four destinations worldwide on a regular basis. The SENATOR Atlantic Bridge serves Chicago-Rockford and Greenville-Spartanburg while the SENATOR Africa Bridge serves Johannesburg.