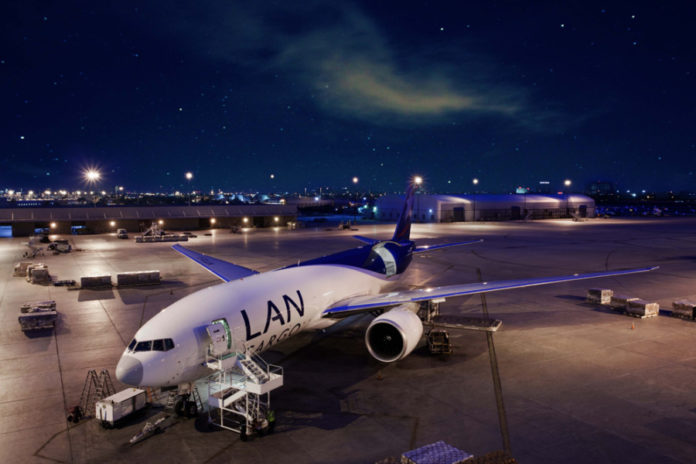 LATAM Cargo has been through challenging times and 2016 was certainly one, but the carrier is targeting more perishable volumes and will launch a specialist new product this year, Justin Burns writes.

LATAM’s specialist perishables product ‘Fresh’ is part of its transformation strategy, which includes growing its product portfolio, and will also see it launch ‘Ajato’ in Brazil for door-to-door shipment of packages and targeting e-commerce.

There have been major management changes and on 15 April, Andrés Bianchi took over as chief executive officer (CEO) from Cristián Ureta and speaking to Air Cargo Week before he left, Ureta said perishables continue to do well for the Latin American airline group.

He says: “In 2016, the Chilean salmon market, specifically to Asia, was very competitive and, together with the rest of perishable goods transported in our network, they were the protagonists of the first half of the year.

“During the second half, southbound markets showed a recovery, especially positive in the case of trade lanes to Brazil.”

Perishables along with general cargo made up most of the tonnage for LATAM last year as the region continues to export large quantities of perishable goods.

Ureta said in 2017 it will upgrade connectivity to Asia through new and improved connection routes, allowing it to save transportation times from Chile to China for the growing fresh salmon market and at the same time will increase load factors on some belly routes, such as Los Angeles, New York and Europe.

As for other routes, this year LATAM will continue to strengthen connectivity within Latin America with a new flight between Bogotá and Buenos Aires.

On the freighter side, it will focus on improving profitability on the current network and may selectively add one or two destinations in Latin America.

Ureta said the complex economic situation that the Latin American region faced throughout 2016 made it challenging and traffic decreased about 8.7 per cent versus 2015 and it adjusted capacity by 5.3 per cent, which led to a load factor of 51.7 per cent.

LATAM is in the process of freighters fleet resizing, increasing utilisation and relocating its network capacity and this year it is redelivering three leased freighter aircraft – one Boeing 767 Freighter and two B777F.

The carrier says the change in fleet will allow it to improve efficiency, focus the capabilities of its freighter fleet on those routes that are “most valued by our customers” and those from the passenger operations of affiliates that complement cargo operations.

The fleet plan by the end of 2017, is it will be operating seven B767F and one B777F with the other B777F being subleased to a third party outside of Latin America.