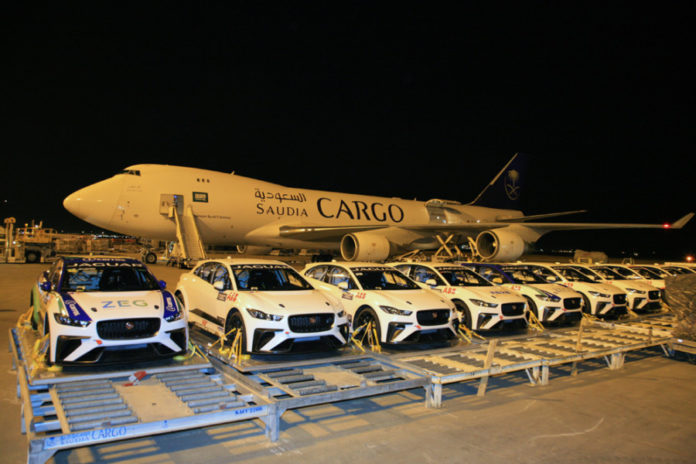 Saudia Cargo has helped bring the FIA Formula E championship to Riyadh by transporting cars and equipment for the season opening race in Ad Diriyah.

The ABB FIA Formula E Championship season opener is being held in the historic city from 13-15 December and will be sponsored by Saudia Airlines.

The cars, spares and equipment were carried from several European destinations into King Khalid Airport, a total of 58 cars aboard several aircraft with a combined load exceeding 220 tonnes.

Formula E is a class of racing using only electric-powered cars, utilising electric energy and touring iconic cities since the inaugural championship started in Beijing in September 2014.

The championship has toured cities including New York and Paris, and this year the Saudia Ad Diriyah E-Prix will start the season, taking place in the UNESCO world heritage site and historical capital of the Kingdom.

The three-day festival provides a variety of entertainment activities, from the Formula E races to live music performances to the Allianz E-Village, an area full of innovative electric cars and gaming platforms.

In addition, Saudia Cargo transported Jaguar i-Paces for the eTrophy, which will be acting as the support race to the Formula E series.