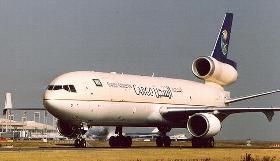 Saudi Airlines cargo division, Saudia Cargo, doubled its use of  electronic air waybills (e-AWB) from February to March and says it intends to improve that further because according to the carrier, the paperless document is about simplifying the airfreight supply chain process.

The announcement follows an industry wide agreed target of 22 per cent of air waybills being electronic, as part of e-cargo strategy (see Air Cargo Week 24 March issue). At the International Air Transport Association (IATA) world cargo symposium in March, IATA’s retiring global head of cargo, Des Vertannes outlined how “the e-cargo agenda is a top priority for airlines”. Saudia information technology director, Younus Habib, says: “We took rapid steps to properly get approvals that need to be obtained and the result was quick growth with the duration for the first couple of months. We are making progress on our implementation of e-AWB as we had a figure of 2.7 per cent in February that rose up to 5.5 per cent in March, an increase of over 100 per cent month-on-month, based on the IATA international e-AWB report. Our current standings show a figure for international at 5.5 per cent and domestic – King Khalid International Airport is at 11 per cent”, he adds. The carrier says that the arrival of the e-AWB will bring many benefits, such as reduced costs in terms of printing multipage AWBs, improved quality of service through the elimination of errors such as missing documents, greater visibility in terms of track and trace and better overall customer satisfaction. Saudia has the support of local forwarders and handlers.