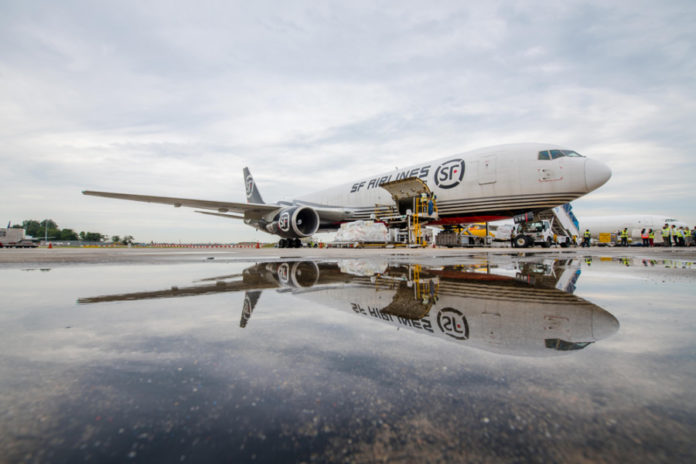 Changi Airport Group has welcomed the arrival of SF Airlines’ inaugural flight from Shenzhen, making it the first Chinese express airline to operate between Singapore and China.

China is Changi’s largest air cargo market, with more than 270,000 tonnes of throughput for the 12 months ending June 2018, and SF Airlines’ weekly Boeing 767 Freighter service increasing main deck capacity to and from Shenzhen by about 16 per cent.

The inaugural flight was welcomed by representatives from Changi and SF Airlines, with the airport’s managing director for air hub development, Lim Ching Kiat saying the service “will secure Singapore’s position as a premier regional cargo hub”.

He adds: “There is also growing demand by the Chinese market for perishables and pharmaceutical products from the Southwest Pacific and Southeast Asian regions; both are among the top cargo segments passing through Changi Airport from these regions to China, with a robust year-on-year growth.

“Singapore is a gateway for such flows between China and countries in the two regions. The added capacity by SF Airlines marks the start of expected growth of express flows on these routes.”

SF Airlines vice president of maintenance and engineering, Liang Xi says: “The successful launch of direct flights to Singapore is a testament to SF Airlines’ ability in responding quickly to market demands, and showcases its commitment to its customers in providing competitive and reliable route options.”

SF Airlines is a member of SF Group, and the Changi services will be an extension of its business in Singapore.

SF Express has been operating in Singapore since February 2010 and established warehousing facilities in the Changi Airfreight Centre in September 2012.