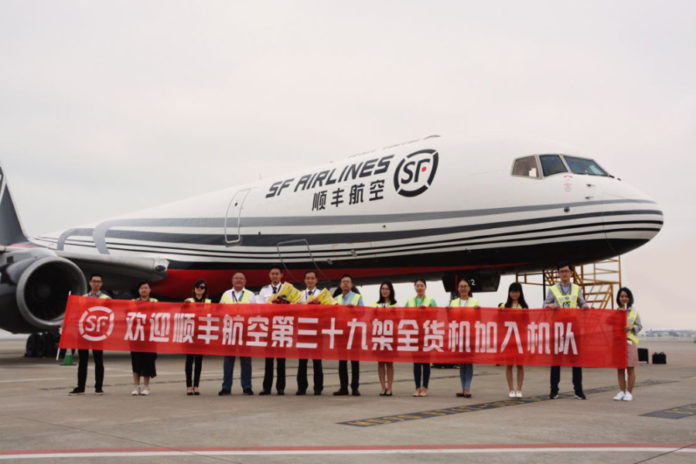 SF Airlines has taken delivery of its 17th Boeing 757-200 Freighter, the 39th aircraft to join its expanding fleet.

The airline, which operated its maiden flight in 2009, says it can further improve its general aviation operation capability, better allocate existing aircraft and further support transit times of air shipments of SF Express.

SF Airlines says it will continue to develop its transportation network and fleet based on the company’s business development planning and improving the quality of SF Express.

The new aircraft was delivered to Shenzhen Bao’an International Airport on 17 April and 07.00h, and is the third aircraft it has taken delivery of this year, following a Boeing 737-800 in January and a Boeing 767-300BCF in February.