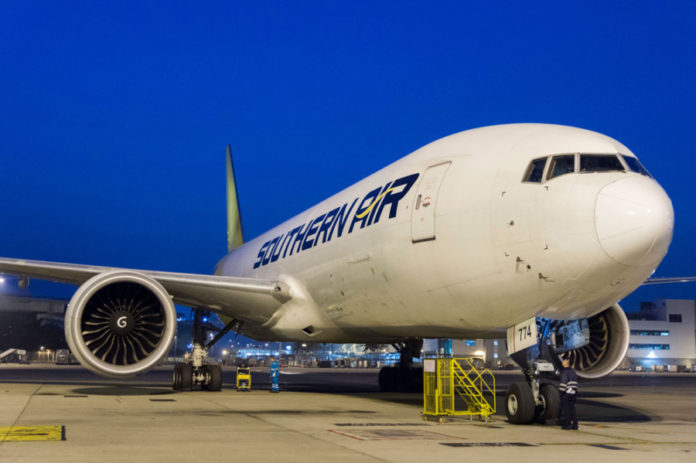 Atlas Air Worldwide Holdings has claimed victory over unions after Southern Air pilots were ordered to negotiate a new joint collective bargaining agreement, much to the anger of the pilots.

On 12 June, Southern Air pilots represented by the Airline Professionals Association, Teamsters Local 1224 were ordered to proceed with the negotiations relating to the merger of Southern Air and Atlas Air.

Union leaders have accused the company of delaying negotiations, but Atlas Air says: “We can conclude with some certainty, however, that there has been a delay inspired by the Union’s misapprehension of the contractual requirements and that they must now respond vigorously to the Company’s request to proceed.”

Atlas Air says the decision is a positive step towards a new joint collective bargaining agreement to increase pay for Southern Air and Atlas Air pilots.

William Flynn, president and chief executive officer of Atlas Air Worldwide says: “Had the union leaders honoured their contractual commitments when we announced the merger back in 2016, Southern Air and Atlas Air pilots would have already had their new contract – and a pay increase – by now. We hope the union will agree that it is time to end unnecessary delays and make progress for our pilots.”

He adds: “We value the dedication of our crews, and we look forward to further recognise their significant contributions to the development and growth of our business. We are committed to working with the union for a JCBA that enhances overall pay and benefits for our more than 2,000 Southern Air and Atlas Air pilots.”

He accuses the company’s management of being the real culprits, saying they have used “every avenue to undermine the ability of Southern’s pilots to negotiate a new collective bargaining agreement”.

Holmberg says: “They have gone to extraordinary lengths to hold back the completion of a new collective bargaining agreement for the Southern pilots, or a joint contract along with our brothers and sisters at Atlas, intentionally harming our families, careers and security. We will continue to fight for justice for our members.”

He says management’s objective is to avoid real negotiations and “hide behind third party arbitrators” to impose sub-standard terms, adding that if management think the decision gives them an advantage, “they are mistaken”.

Holmberg says: “Our pilots are sick and tired of feckless managers interested in lining their pockets at the expense of our pilots’ jobs and job security at this carrier.”

Atlas Air pilots are also unhappy with the decision. Atlas Air pilot Captain Robert Kirchner, who is executive council chairman for Atlas Air pilots of Teamsters Local 1224 says: “It is unfortunate that the Southern arbitration decision results came out as they did. But we are incredulous that he would think he can order us — at another airline that had no part of the arbitration — to merge our seniority list. The arbitrator has no jurisdiction over the Atlas pilots. It’s not going to happen.”