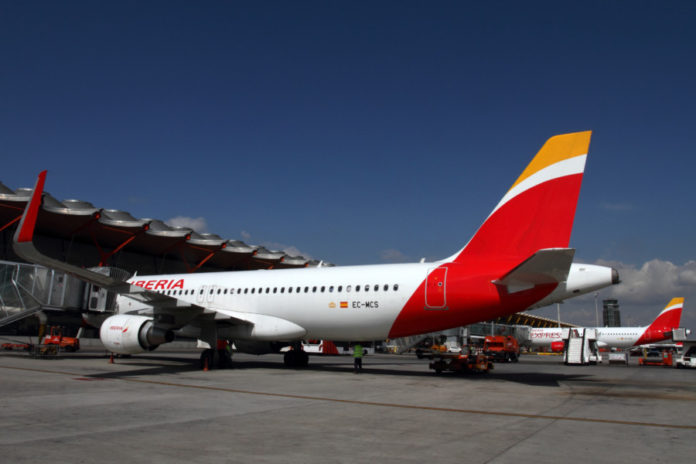 IAG Cargo is one of the main players in the Spanish market and says it had a “buoyant” 2016 meeting anticipated volumes for the year.

There have been challenges in Spain this winter such as the poor harvest of vegetables, which have impacted supply chains and created pressure doing business in the region.

IAG moves freight into and out of Spain through primarily Iberia, but also British Airways, Aer Lingus and low-cost carrier (LCC) Vueling – all part of the Group.

Regional commercial manager for Spain, Idoia Martinez (pictured below) believes much of its performance comes down to the strength of its premium product portfolio, of Prioritise, Constant Climate and Constant Fresh.

She explains: “The latter supported what was a particularly strong second and third quarter for perishables flows; with shipments of fresh fish and vegetables on the US and domestic routes proving popular.”

Martinez says from IAG’s perspective, the key trading routes from Spain are now to the high-growth Asian markets and it was why last year it expanded its network into the region.

IAG became one of the only bellyhold cargo carriers to offer direct flights between Madrid and Shanghai and Madrid and Tokyo in 2016, giving businesses a faster way to get their goods to the important Asian markets.

Martinez notes in addition to the new opportunities on offer through Asian trade routes, it continues to support the mainstays of the Spanish business, such as the US export route, which continues to be hugely important for IAG and is one of the most robust sources of growth.

But what commodities are proving strongest in the Spanish marketplace?

“2016 was particularly strong for shipments of fresh fish and other perishables, with significant demand coming from Asia and the US. Pharmaceuticals is another key sector for the Spanish market, which we service with our industry leading Constant Climate product,” Martinez says.

She says IAG is seeing good demand for pharma shipments, and expects this to grow as businesses in the region seek to enjoy the benefits of shipping time and temperature-sensitive drugs by air.

Spain being the hub for Iberia, remains integral to IAG and is a hugely important market and network hub for its business.

Martinez says thanks to its connectivity through its Madrid, Heathrow and Dublin hubs, it is able to connect businesses from every continent to 350 destinations within 24 to 48 hours.

She adds: “For businesses in Spain, the Madrid hub delivers a truly global service across a wide range of routes. Madrid offers businesses a gateway to almost any market in the world, enabling connectivity to Latin America through Iberia; the east coast of America through Aer Lingus; or Asia, the Middle East, North America and Africa on British Airways.

“The breadth of our network is a core competitive differentiator and one that wouldn’t be possible without our Madrid hub.”

Direct cargo flows to and from Spain are important to IAG, and it sees a strong direct business on key routes such as Spain to Mexico.

But Martinez says the function of Madrid as a hub means much of the cargo carried on Iberia supports other global trade flows and thanks to its Madrid-Heathrow-Madrid airbridge, IAG is able to connect cargo from stations in Asia and the UK with Iberia stations in Latin America. 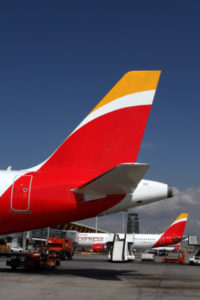 She notes: “For example, as direct shipments from Spain to Montevideo and San José are fairly weak, we fill this capacity with demand from across the wider IAG Cargo network.”

Vueling is of growing importance to IAG since its 26 stations were added in December 2015 and Martinez says the LCC represents an important, strategic element of its cargo network.

She explains: “Of course, when it comes to Vueling, we’re less focused on bringing in significant capacity volumes. Where the Vueling routes are important is in supporting businesses that have an urgent need to ship low-weight goods around to European cities.

“Businesses can use our EuroConnector Service: a time-definite freight offering for global shipments connecting with Europe. Customers can use Vueling and our other short-haul European routes to ship goods under 300kg to any of our European stations within either 24 or 48 hours, depending on the service option they select.”

Martinez is optimistic for 2017 and says IAG has started the year feeling quietly confident and while 2016 may have got off to a slightly slow start, it saw a strong recovery towards the end of the year finishing in good shape.

“We’ve built up some nice momentum coming into 2017, and I anticipate we’ll continue to do well in the fresh fish and perishables market while making further inroads on the promising pharma sector,” she observes.