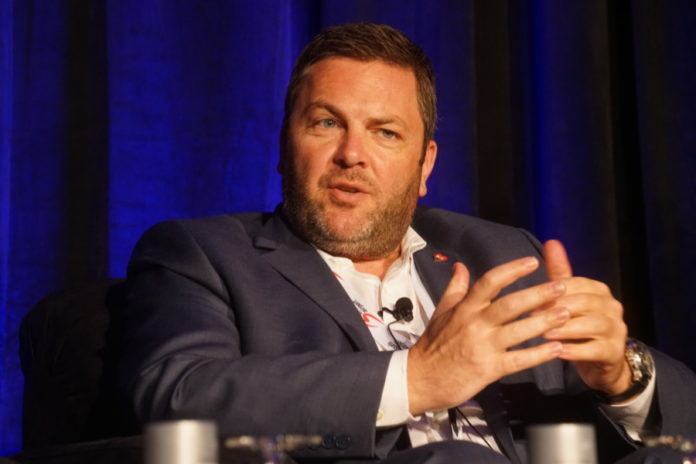 With a lack of clear vision, the industry was losing faith in TIACA. It has taken a concerted team effort to turn the situation around and incoming chairman Steven Polmans is confident of a bright future.

After three years on the board of TIACA and almost two years as vice chairman, Steven Polmans is relishing the opportunity to serve as chairman of the association.

Speaking to Air Cargo Week at air cargo Europe, the director of cargo and logistics at Brussels Airport Company admitted that The International Air Cargo Association (TIACA) had been through a difficult spell, but is confident that the outlook is much brighter.

When Polmans joined the board back in 2016, he admits the association was facing challenges but with the hard work of the TIACA team, changes have been made for the better and it is ready for what he calls TIACA 2.0. He is grateful that his boss at Brussels allows him to spend time working with TIACA.

Polmans says: “On the one hand he knows it is good for Brussels and it gives visibility and enhances the marketing value of the airport as well, creating a networking opportunity. On the other hand, he also knows that if I don’t get some room to do these kind of things that I really like to do for the industry, for the broader public then I might leave the company.”

The main challenges when Polmans joined the board was not having a clear vision.

He says: “Everyone knew TIACA as the organisation who organised the Air Cargo Forum and the networking, but in five or six years we lost a lot of that, and we did not really have an answer to that.”

This resulted in companies losing confidence in TIACA, not knowing what it stood for, which gave TIACA an image problem.

The association’s finances also become “really bad”, burning through the cash reserves meaning the situation needed to be turned around as a matter of urgency.

The situation is much better now. Polmans says: “I think we’ve really secured the finances. We are more focused with our partners, for example organising the ACF with Messe München in Miami. It has put us in a healthier financial situation and helping us as TIACA, instead of organising these events, we can spend time on our members and what we want to do for the industry.”

It has been a team effort, with Polmans working with outgoing chairman Sebastiaan Scholte, saying the two came as a package deal. The two had the benefit of knowing each other well. Speaking the same language and being close neighbours made it easier to work together, and not being the other side of the world from each other was an added bonus.

Having been vice chairman for a bit under two years has been a useful experience for Polmans, saying: “As an airport you are already overviewing a bigger part of the logistics chain. You’re not just in one segment.”

He says: “It extends the work and is also in line with each other. We’re not doing something completely different but it builds on what you’re doing already but on a higher level. With our network it really gives visibility, you meet new people, you have discussions.”

“TIACA regularly meets organisations such as the International Civil Aviation Organization and the World Customs Organization, and meeting them on TIACA’s level puts you in a much stronger position than as an airport or local organisation,” Polmans adds.

As chairman, Polmans says his main areas of focus is the association’s finances, partnerships and the organisation of the ACF.

A strong face and brand is another thing Polmans hopes to give TIACA. “I really think we need to come up with a very clear story, and I feel that TIACA is ideally placed and recognised as the organisation to be the strong face and story that we want to tell to the world in the months and years to come.”

One area to improve TIACA’s finances was the ACF. Having spent years moving around the world the biennial event will stay in Miami from next year. The decision has disappointed some TIACA members, who believe that as a global organisation, the ACF should move around the globe.

Explaining the development, Polmans says: “You have seen that if you always stay in the same location, you build up a reputation, you build up knowledge and experience, you have buying power. If you travel around you are always starting from scratch and you have unpleasant surprises, you have hidden costs so it’s really difficult to compete and still make good money and value for our members.”

The ACF will be in one location, but the Executive Summit will move around, with the first one being held in Budapest, Hungary. The plan is to keep it outside of the Americas to show TIACA is still a global organisation.

Polmans is confident that after the recent tough times, TIACA will be in a stronger position by the time he hands over the reins, telling Air Cargo Week he would be “disappointed” if it was not.

He says: “I would be very disappointed if we were only slightly stronger. I really think that the momentum we have built, we have to build on that and there is no slow way forward. The industry is moving and changing very quickly, and we as an organisation have to do the same.”