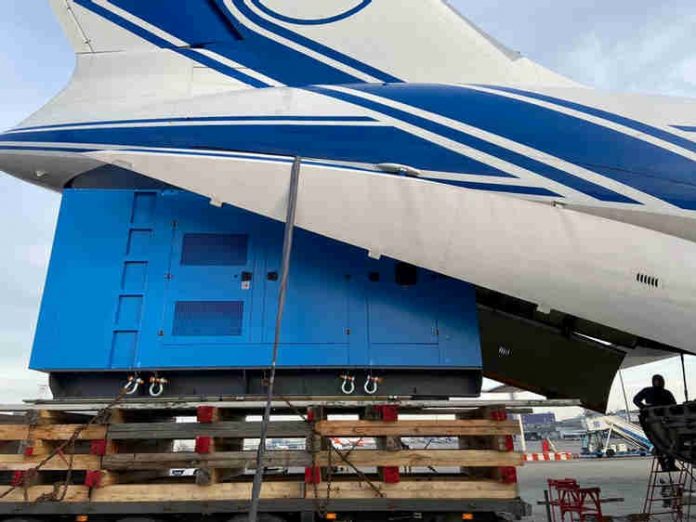 Last Christmas, TEU Bulgaria performed with great dedication for an urgent project shipment by air to Kazakhstan with very tight time constraints. After intensive preparations, the operations took place on Christmas Eve (a public holiday in Bulgaria) with the TEU Bulgaria team organising the whole operations from the pick up at the production plant until the take-off of the aircraft.

Three power units, each weighing 10.9 tonnes and measuring 545 x 240 x 285cm, plus several smaller packages, were picked up in Ravno Pole, close to Sofia and delivered to Sofia Airport. Before the pick up, TEU had to create a special wooden case so the power units could be accepted in the aircraft, something the shipper had not considered. At Sofia Airport, the cranes and crew were waiting for the aircraft (a Ilyushin Il-76) and the units were prepared ready for the journey. The cargo was then customs cleared and the loading operations were completed in record time.

After the aircraft took off bound for Almaty in Kazakhstan, TEU Bulgaria received a special written commendation from their new and very happy customer.