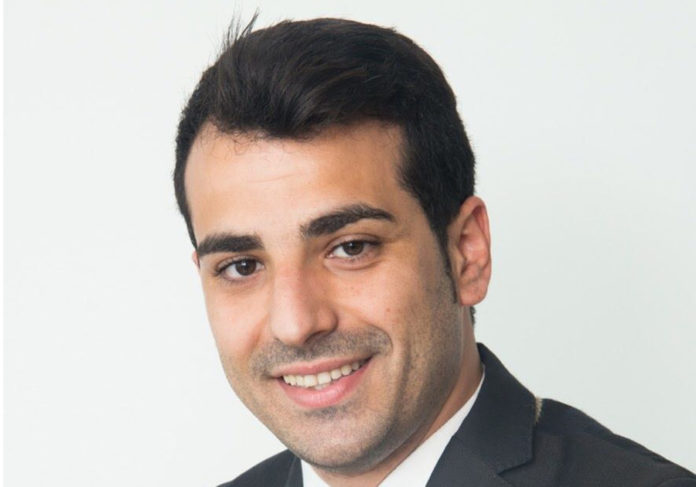 With over 1,400 freight forwarders and 300 airlines using its system, WebCargo is moving away from being just a freight management system to help digitalisation of the air cargo market.

Speaking to Air Cargo Week’s deputy editor, James Muir at air cargo Europe, Manel Galindo, CEO of WebCargo by Freightos explained that the company initially focused on freight management where freight forwarders could access the system. This let them search for origin and destinations, seeing which airlines operated on the lane, so they could send a quote to the shipper. The next step is full digitalisation of the market.

Galindo says: “They don’t have to call or send an email. They select one, then send a quotation to the client or directly book with the airline. It is all the workflow that the freight forwarder is doing; search, quote and book.”

Having large airlines such as AFKLMP offering dynamic pricing, Galindo says this makes it easier and reduces the time to get an export rate. He says rather than send an email or make a phone call, then wait 30 minutes or maybe a week, the best rate is available immediately.

Galindo says: “This is a big change that is creating efficiency for all the chain, from the shipper to the airline.”

When WebCargo was launched in 2008, there were companies offering a similar service but they faced the issue that the airlines were not ready to offer dynamic pricing and capacity. Rather than being an online booking platform it was a booking request, and airlines still took their time about giving prices.

Galindo says: “It was easier and faster to call or send an email than do a booking online. The online booking has to be easy and fast. In 30 seconds, you need to offer the best rate available, the flights where they have the capacity, you select one, you book and you get the confirmation. If there is no difference between the online and the offline channel, then the freight forwarder will continue to use the offline channel.”

Two and a half years ago, Freightos acquired WebCargo. The group wants to digitalise the freight forwarders and bring them into the 21st century.

Galindo says: “We think sometimes it’s expensive to digitalise a company because it needs a lot of consulting and effort. The idea of Freightos is to try and bring digitalisation for the whole market in an easy and cheap way. This is why we decided to join up with Freightos.”

The Freightos partnership has been a great success. WebCargo was given freedom to keep its brand and team, allowing for a smooth transition. Synergies between the two groups was strong, helping the marketplace grow and the two brands remaining strong.

Galindo believes that take up of digitalisation has been very slow in the air cargo industry, especially compared to the passenger sector.

Admitting the cargo and passenger industries are different, Galindo says digitalisation was happening 20 years ago. The courier sector is more relevant as a comparison, and that is highly digitalised.

He says: “We are in the beginning of digitalising the market, we will see a big change in the next five or six years. The big movements are coming for the holy trinity of IAG, Lufthansa and Air France. They decided to open the service through APIs and channels like WebCargo and give the option to the freight forwarder to buy, to check the best rate available and book online in a system where they can always offer the best price available.”

Galindo says this is pushing other airlines to follow, saying the market needs the big players to make the move. In the freight forwarding sector, Galindo says online sales portals launched by the likes of Panalpina, Kuehne + Nagel, Geodis and Maersk to sell directly to shippers, shows the market is starting to move to digitalisation. He predicts there will be a big change in the next five to six years.

He comments: “I cannot say that in six years we will be fully digitalised but a big percentage of the market will be digitalised. I see that because big players are moving, this is when you feel and smell that something is happening.”

Galindo believes that the complexity of air cargo is a major reason why it is so far behind the passenger sector. He also thinks that shippers were not pressurising freight forwarders into embracing digitalisation.

He says: “Until recently you didn’t see your client, the shipper starting to ask for this service, to be digitalised. Also, the airlines see that if they are digitalised, they will be more efficient and they will be able to manage all the pain they have right now, to manage the spot rates coming from freight forwarders.”

Saying that every day, they have to deal with thousands of spot requests, asking how much they charge for a shipment of 100 kilos as an example.

“They start to feel this pain, they are seeing the advantage of digitalising.”

He thinks the air cargo industry needed more time to embrace digitalisation because the market prioritised the passenger sector for airlines.

Galindo also says that 10 years ago, shippers were not asking for real digitalisation but now they are pressurising freight forwarders to offer services. Larger forwarders are opening sales portals and airlines are offering APIs so this is the moment where the market is ready for digitalisation.

Galindo says: “Once this starts there is no stopping it. The digitalisation will increase and we will need to fix a lot of things but it’s something that every day and every year will be much more efficient and much easier to do it online than in an offline channel.”

Something that amuses Galindo is that the older airlines such as British Airways and Iberia of IAG, Air France, KLM and Lufthansa are leading the way.

He says this is because they believe that if they are more efficient, the clients will receive better service.

He says: “If big players start to digitalise the market, the rest of the players will follow and right now we are talking to many airlines to help them digitalise and offer dynamic pricing and capacity in real-time.”

Galindo says the actions of the larger players is driving other airlines to ask questions, wanting to know how to digitalise their company.

He says: “They see that this is an efficient way to be faster. The shipper is the final client and normally wants the shipment at the destination yesterday, not tomorrow so a fast answer is really important.”