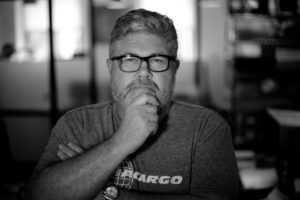 A US GSA has teamed up with an European all-cargo carrier to introduce new capacity on the US – UK lane. JFK-based Aviacargo, a leading airline cargo management company specialising in the broadest spectrum of cargo sales and service for international airlines, has teamed up European Cargo in both Western Europe and North America to deliver an A340-600F offering 14 PMCs on the lower decks to carry up to 45 tonnes. The service operates five flights a week on days 2,3,4,5, and 6.

Aviacargo president Michael Cox says: “We serve all US gateways from JFK and additionally we will offer both Montreal and Toronto in Canada. There will be a wide range of cargo onboard all flights, so Freight All Kinds and additionally that will include produce such as fish and e-Commerce. We are also looking at pharma as we are receiving many requests from customers and we hope to be able to make an announcement in due course.”

Aviacargo’s London Heathrow office is at Polar Park on the north side of the airport.

Cox says: “Our UK sales team is led by Andy Sullivan, an experienced airline sales executive. But because we’re a data driven organization, all our teams operate across data in the cloud with operations centrally controlled using a follow the sun mentality so we can provide effective coverage throughout the day wherever our customers are based.

“We will be in a position to handle vaccine shipments and that’s especially important with regard to our handler at JFK as they are the only GDP compliant handler at JFK.”

Cox is British-born so has a good insight into the UK market. He says: “London’s not really a foreign station at all. Don’t forget I left the UK for New York 23 years ago to set up the company’s US operation so the London cargo scene is very familiar to me as I do come back quite frequently. And I had many years’ experience in the UK airline industry prior to that, so I prefer to think of it as a homecoming.”

He considers that Europe is “certainly a dynamic market and in addition to the UK there are clearly a number of other key cities which could provide us with interesting opportunities. Wherever they arise we will actively seek to bring them into our network.

“Because we use technology to our advantage we are very much a cloud-based operation and to that end we can already offer drop stations all over the UK. So Glasgow, Edinburgh, Cardiff, Bristol – it doesn’t matter where you are based, we can handle your business.”

As to target tonnages next year for this service, he is bullush: “You give us the tonnes and we’ll carry them to the US and beyond.

“While the actual flight being Bournemouth to New York makes us a unique service offering, don’t forget the original US-UK scheduled service was New York to Hurn so it’s rather like history repeating itself – in a good way.”