These comments come despite positive figures that show volumes overall have grown by 4.4 per cent year-to-date (YTD). However, that growth has been patchy, varying from 10.4 per cent in the Middle East to 0.4 per cent in Latin America, according to IATA’s September airfreight market analysis.

International freight tonne kilometres (FTK) are up 4.6 per cent, YTD, while the domestic FTK is up 3.1 per cent from January to September. The Middle East has seen the biggest rise in FTK of 10.1 per cent, Asia Pacific next at 5.2 per cent, followed by Africa, which was up 5.1 per cent. North America saw an increase of 2.8 per cent and Europe was up 2.2 per cent. Latin America rose slightly by 0.4 per cent. Tyler is cautious despite the positive figures and he says: “Overall, improvements in global business confidence have stagnated, which could mean a bumpy road ahead for air cargo.”

September was up 5.2 per cent year-on-year, with the Middle East seeing the largest increase in FTK of 17 per cent, followed by Africa, which was up 11.5 per cent, because of improvements in major economies such as South Africa. Asia Pacific FTK was up by 5.7 per cent, helped by the release of the Apple iPhone 6 increasing shipments from China. North America increased by 5.4 per cent and Latin America was up by 0.3 per cent. Europe was down 1.6 per cent because of persistent weakness in Eurozone countries, economic sanctions on Russia and the Air France pilot strike.

Tyler says: “The solid 5.7 per cent growth for Asia Pacific airlines is a particularly positive sign given their 40 per cent market share. But the 1.6 per cent decline in demand for European airlines is a worrying trend that reflects the general uncertainty in the European economy amplified by sanctions resulting from the Ukraine-Russia conflict.”

The YTD load factor is 45 per cent for the total market, domestic freight is at 30.6 per cent, while international is 48.6 per cent. Asia Pacific has the highest load factor of 54.7 per cent, followed by Europe at 46.3. The load factor in the Middle East is 44.2 per cent and 40.9 per cent for Latin America. In North America it is 34.7 per cent and it was lowest in Africa, at 29.6. Available FTK has grown at a slower rate than FTK in most parts of the world YTD. The Middle East saw the largest jump of nine per cent. Then Asia Pacific rises by 5.9 per cent, showing the effect of their fleets’ growth. Africa is up 1.7 per cent and Latin America 0.4 per cent. North America is the one area cutting back, down by 0.4 per cent. 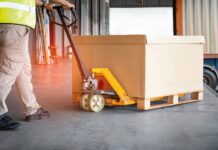