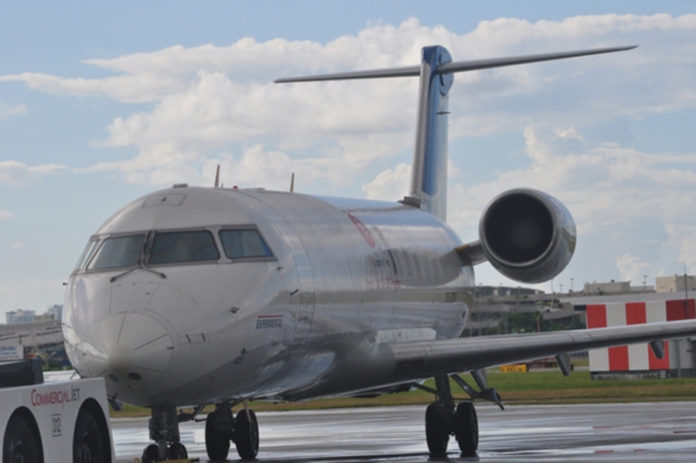 AEI received the original FAA STC for the CRJ200 SF at the end of 2016, and was granted approval by the EASA in May this year.

The passenger to freighter conversion company has 45 firm orders and commitments for the freighter, and has delivered 10 CRJ200s since certification, with an 11th due later this month.

AEI senior vice president of sales and marketing, Robert Convey says: “As a Canadian manufactured aircraft, there is of course great regional interest in the AEI converted CRJ200 SF freighter. There are many routes in Canada which make for a perfect fit for this freighter.”

The AEI CRJ200SF has a payload of up to 6.6 tonnes depending on the specific aircraft model, and comes with a large 94”x70” main cargo door with an ANCRA Cargo Loading System capable of carrying up to eight 61.5”x88” containers.