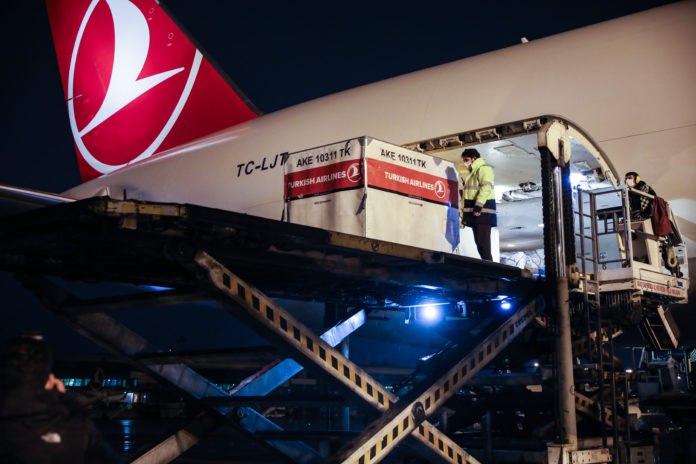 Turkish Cargo brought the statue of the mother goddess Cybele dated back to the third century AD back to its home. The statue was trafficked abroad back in 1970.

Performing with the utmost care for the shipments of historical artifacts, Turkish Cargo brought the Statue of Cybele, the mother goddess which is believed to be the symbol and guardian of abundance, back to the lands it belongs after nearly 60 years.

The Statue of Kybele, which was brought to Istanbul from New York on December 12 with the sponsorship of Turkish Airlines following great legal efforts of the Ministry of Culture and Tourism, will be exhibited in the Istanbul Archeology Museum for a set amount of time.

In the recent years, Turkish Cargo carried historical artifacts from Topkapı and Dolmabahce Palaces to Japan, contributed to the return of the missing pieces of the Gypsy Girl Mosaic to its homeland, carried more than 50 masterpieces from Paris Louvre Museum to Tehran, successfully transported the Sarcophagus of Hercules of the Roman Era from Geneva to Istanbul with its specialized teams of experts working meticulously on these sensitive and significant operations that require the utmost care.

Turkish Cargo offers its services for the works of art to its customers in 127 countries around the world with its three sensitive cargo storehouses and specialized staff members with related certificates while also constantly monitoring each and every movement of its fragile and valuable cargos with cameras in and around its storage facilities.

In addition to the wide flight network of the flag carrier Turkish Airlines with more than 320 destinations, Turkish Cargo also operates direct cargo flights to 95 destinations around the world, continuing to transport the most valuable historical artifacts from different cultures, in the most protective manner by making use of cutting-edge technologies.