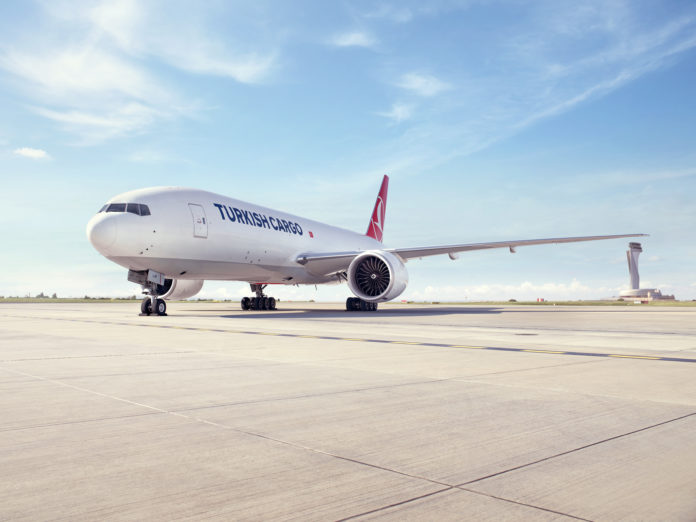 Providing service to 127 countries around the world, Turkish Cargo is maintaining its status as the fastest growing air cargo brand.

With its successful performance in June, Turkish Cargo managed to reach its goal of becoming one of the top three air cargo brands in the world. According to data released by IATA, after passing big brands from Americas, Europe and Far East, Turkish managed to rise to third place in June 2021, from being the sixth place in the same period of previous year.

According to FTK (Freight Tonne Kilometers) data which is obtained from multiplying cargo tonnage carried by air with the kilometers it was carried, the national brand achieved the biggest growth ratio amongst the top 25 air cargo carriers with 5.7% market share in June 2021.

On the success of Turkish Cargo, Turkish Airlines chairman of the board and the executive committee, M. İlker Aycı stated: “We are proud of the Turkish Cargo and its rapid flight to its goals. Managing this performance in a period of crisis is a strong indicator of our ability to overcome all obstacles in the road to success. I believe that Turkish Cargo will continue its rise and will carry our flag to the top. I extend my gratitude to all our colleagues for their contributions towards our brand’s standing today.”

According to IATA statistics for April, Turkish Cargo rose first place in Hungary cargo exports with 25 percent market share, carrying 1 out of every 4 air cargo shipments. Flag carrier brand also rose to second place in Switzerland on May by carrying 1668 tonne air cargo, leaving many strong competitors behind.

According to cumulative data of June released by World Air Cargo Data (WACD), successful brand rose to third place in cargo exports in Canada and Malaysia.

Connecting continents with each other, Turkish Cargo possesses the largest cargo aircraft network with 96 destinations except the networks of express carriers.  With its fleet of 372 aircraft, 25 of which are freighters, flag carrier brand continues its operations all around the world. Achieving a sustainable growth and becoming one of the top three air cargo brands of the world in June 2021 with its infrastructure, operational capabilities, fleet and expert teams, Turkish Cargo continues to raise its service quality in a sustainable manner in a world that is ever-changing.