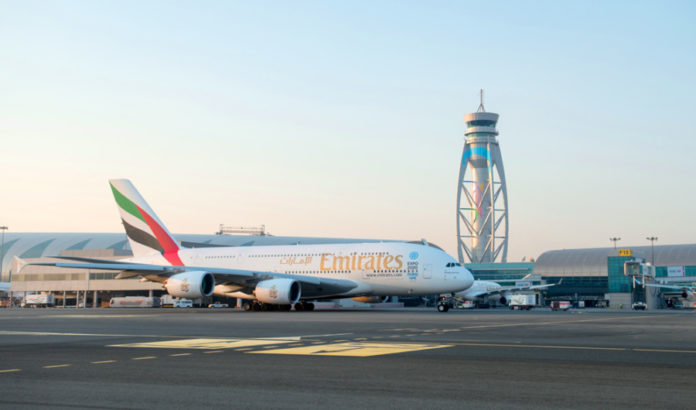 Dubai is not only the hub of UAE air cargo but the chief gateway for the whole GCC region, covering Bahrain, Kuwait, Oman, Qatar, Saudi Arabia, writes Stuart Flitton.

Dubai International (DXB) opened in 1960 and services grew at a fast pace with enormous increases in passenger numbers and freight traffic.

In 2010 Dubai World Central (DWC), also known as Al Maktoum Airport, opened for cargo and has capacity for 16 million tonnes of cargo per annum.

It has five runways, 200 widebody aircraft stands and an eight square kilometre cargo facility to handle 16 million tonnes per year and is now the main airport in Dubai for freighter aircraft.

The new city, built at a cost of $32 billion and dubbed “Dubai South” has commercial and residential areas built around the airport.

The site is also located within a vast bonded economic region that stretches north to connect DWC with the bustling port of Jebel Ali, near Abu Dhabi.

The importance of the airport is highlighted by the 25 square kilometre Dubai Logistics City, with aviation and logistics businesses including DB Schenker, Panalpina and Hellman Worldwide Logistics.

It has the most high-tech warehousing infrastructure in the world. DXB still handles significant amounts of bellyhold and is complementary to DWC with cross-docking and cross-trucking between the two airports on a daily basis.

There are multiple cross-docks at DXB that connect the north and south sides of the airport.

“We invested a lot of time and resources to make it a fully integrated air cargo model. We diversified in terms of the commodities received at the airport.

“An example of that is the licence for the pharmaceutical movement. It is fully integrated with land traffic, so we have a network of trucking businesses going all over the GCC – Bahrain, Kuwait, Oman, Qatar, Saudi Arabia, and the United Arab Emirates,” Al Mulla says.

One of the most important attributes of DWC is its proximity to the sea and large container terminals.

“You have a 10km bonded and secure zone [the Jebel Ali Free Zone] where every trader can come and connect from air to sea or sea to air in eight hours or less,” Al Mulla says.

“We operate an integrated doctrine between ourselves and our customers. We work hard to ensure that the whole operation is seamless.”

He adds that Dubai Airports felt that even a connection of eight hours was a lot and was working to reduce this as much as possible.

Al-Mulla said that there were still indications of concern from some businesses and exporters about the high temperatures in Dubai, which can reach 40C at the height of summer.

“We have the necessary facilities to cover the entire temperature range from -8C to -2C for certain types of pharma products or -2C to 8C and 8C to 18C to cover the perishable area.

“Our biggest growing commodities are pharma, perishables and dangerous goods. All of these require highly controlled facilities and ULDs with temperature controls.”

The Dubai airports are home to Emirates and its SkyCargo division. In its latest annual report, Emirates recorded an annual revenue for its freight arm of $3.4 billion, an increase of 17 per cent over the previous year.

There was a slight increase in tonnage of two per cent to reach 2.6 million tonnes as Freight yield per Freight Tonne Kilometre (FTKM) increased by 14 per cent. SkyCargo has 13 Boeing 777Fs, which have capacity for 103 tonnes with space for 550 cubic metres.

In the past year the airline launched new freighter services to Maastricht in the Netherlands, Luxembourg, and Aguadilla in Puerto Rico.

In November last year it signed a memorandum of understanding with Dubai CommerCity to improve its services to e-commerce, using Dubai as a hub.