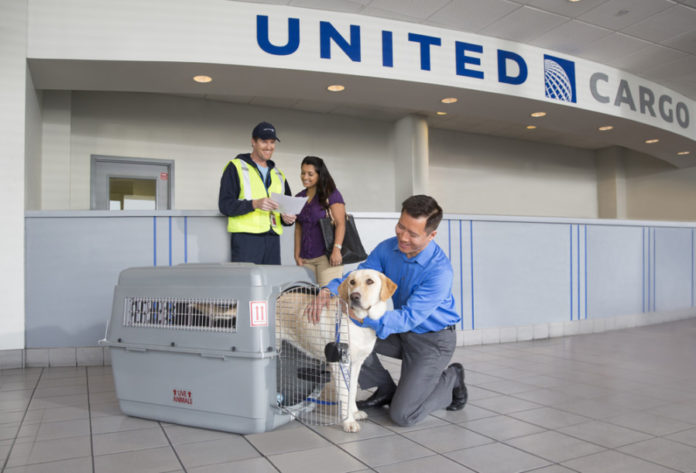 United Cargo has suspended its PetSafe programme while it carries out reviews following a number of mishaps.

The programme is designed to transport animals that are not eligible to travel in the aircraft cabin.

With immediate effect, United says it will not accept any new reservations for PetSafe but will honour existing ones confirmed as of 20 March 2018.

In a statement, United Cargo says: “We are taking this voluntary action to conduct a thorough and systematic review of our PetSafe programme and make improvements that will ensure the best possible experience for our customers and their pets. We expect to complete our review by May 1, 2018.”

It adds that the suspension does not affect pets travelling with the airline in the cabin.

The Department of Transportation has released figures covering the number of losses, injuries and deaths of animals during air transport in 2017.

The report says there were a total of 40 incidents, of which 31 were with United Airlines, resulting in 18 deaths and 13 injuries.

Incidents included deaths and injuries where it was concluded that no action needed to be taken due to the animal’s health or concluding injuries were self-inflicted, such as dogs clawing the shipping container causing paw injuries.

Following incidents of two dogs flying to the wrong destination and one dog dying after a flight attendant insisted it must be put in the overhead compartment, non-profit pet adoption website Adopt-a-pet.com has offered to provide United Airlines aid and advice to educate employees about how best to look after animals.

Adopt-a-pet.com chief executive officer and co-founder, David Meyer says: “Our team is standing by, ready to work with United Airlines – and any airline that wants to keep its four-legged travellers safe – to make their service the most sound, pet-friendly way to travel.”