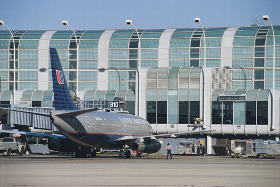 The agreement, reached with the help of the National Mediation Board (NMB), is to facilitate problem solving between United Airlines and its dispatchers. The tentative agreement covers and is subject to ratification by United’s more than 330 dispatchers.

United Airlines’ vice president of network operation, Tracy Lee, says: “We were able to reach a responsible tentative agreement that recognises the good work and contributions of our dispatchers. I want to thank the National Mediation Board and the negotiating committee for helping us reach this important milestone.”

United has reached joint collective bargaining agreements with a majority of the company’s represented work force, including pilots and fleet service.

They expect to enter into negotiations with the International Brotherhood of Teamsters, who represent United’s technicians, soon.

In November 2013, United  reached agreement with the International Association of Machinists. The agreement concerned immediate and retroactive wage increases for all IAM members, pension and healthcare reform and job security provisions for United’s employees, which includes former Continental Airlines and Continental Micronesia staff. This agreement was also reached with the help of the NMB.