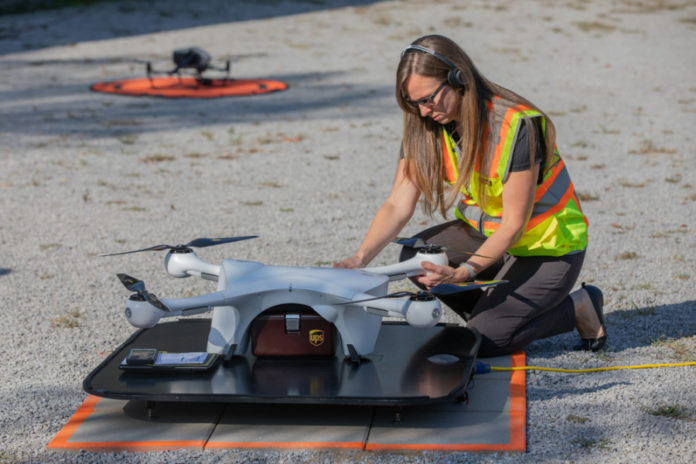 The UPS subsidiary was awarded the certificate on Friday 27 September, and immediately a delivery flight took off at WakeMed’s hospital campus in Raleigh, North Carolina.

The flight, using a Matternet M2 quadcopter was flown under a government exemption allowing for a “beyond visual line of sight” operation, also a first in the US for a regular revenue-generating delivery.

David Abney, chief executive officer of UPS says: “This is history in the making, and we aren’t done yet. Our technology is opening doors for UPS and solving problems in unique ways for our customers. We will soon announce other steps to build out our infrastructure, expand services for healthcare customers and put drones to new uses in the future.”

Earlier this year, UPS partnered with Matternet to launch healthcare delivery service on the WakeMed campus to demonstrate the business case for drone deliveries of medical products and specimens.

Elaine Chao, US secretary of transportation says: “This is a big step forward in safely integrating unmanned aircraft systems into our airspace, expanding access to healthcare in North Carolina and building on the success of the national UAS Integration Pilot Program to maintain American leadership in unmanned aviation.”

UPS says it wants to expand its drone network, and plans deliveries to hospitals and medical campuses; build-out of ground-based detect-and-avoid technologies to verify drone safety; construction of a centralised operations control centre; regular and frequent flights beyond the operator’s visual line of sight; partnerships with additional drone manufacturers; and adding new services outside of the healthcare industry.