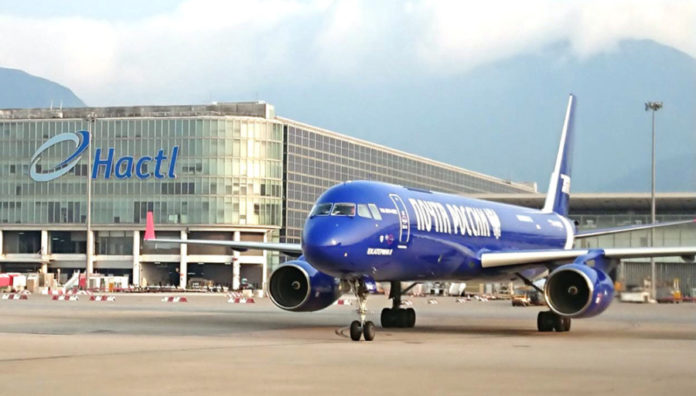 The US Bureau of Industry and Security (BIS) assistant secretary for export enforcement Matthew S. Axelrod has issued an order temporarily denying all export privileges for the Russian cargo aircraft carrier Aviastar due to ongoing violations of the comprehensive export controls imposed on Russia by the Commerce Department.

Headquartered in Moscow, Aviastar provides a variety of cargo services to Russia.
“BIS’s Export Enforcement is laser focused on depriving Russia the items and technologies it needs to sustain its war machine, and today’s action is another critical step in cutting Vladimir Putin off from the global economy,” said secretary of commerce Gina M. Raimondo. “The Commerce Department will continue using every tool at its disposal to disrupt Russia’s ability to wage war and demonstrate the power and reach of US law.”

“Actions like the issuance of today’s latest Temporary Denial Order are a clear message to any country, firm, or person considering whether to provide material support to Russia’s military that they need to think again,” said deputy secretary of commerce Don Graves. “BIS has done critically important work enforcing new restrictions on Russia’s and Belarus’s aerospace sectors and today’s action cuts another critical link for Russia to the global economy.”

“Airlift capacity is essential for military success and economic prosperity, and that is why we targeted Russia’s aerospace sector in response to its brutal invasion of Ukraine.” said under secretary of commerce for industry and security Alan Estevez. “Actions like today’s
Temporary Denial Order demonstrate that BIS’s Export Enforcement is working hard to ensure that our new controls have their intended effect: To severely degrade and diminish Russia’s capacity to quickly move people, cargo, and weapons against Ukraine.”

“Today’s action reflects the Commerce Department’s commitment to enforce our laws
vigorously against those who violate them.” said Assistant Secretary of Commerce for Export
Enforcement Matthew S. Axelrod. “Importantly, this order will hinder Aviastar’s ability to
deliver military cargo and dangerous goods to Russia at a time when Russia is waging an
unprovoked war of aggression against the people of Ukraine.”

The Temporary Denial Order (TDO) bans Aviastar from participating in any transactions subject to the Export Administration Regulations (EAR), including exports from the United States and reexports of items subject to the EAR from abroad. Today’s TDO further cuts
off Russia’s access to the goods and technologies needed to wage war and may be renewed after 180 days. BIS has led the Department of Commerce’s efforts in response to Russia’s invasion of Ukraine by taking a number of powerful regulatory and enforcement actions, including issuing public notice to the public on potential violations of the EAR in the aerospace sector and issuing TDOs on major Russian airlines Aeroflot, Utair and Azur Air.