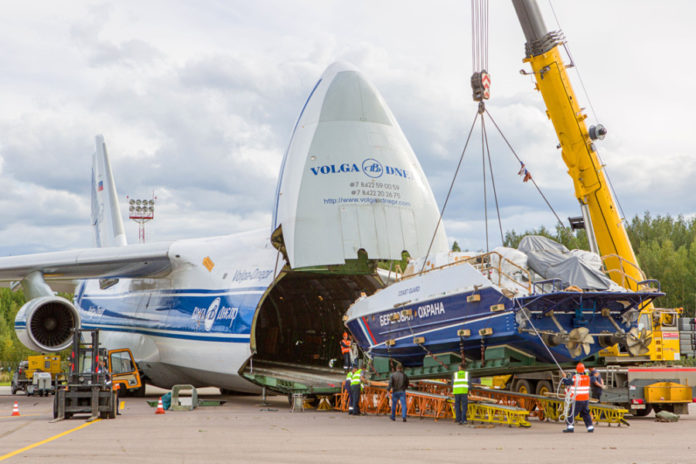 Volga-Dnepr Airlines has shown it can complete air-sea deliveries by delivering four patrol boats to the Far East of Russia and then launch them at the port.

The four Mangust patrol boats were built at the Vympel Shipyard in Rybinsk for the Border Guard Service were carried onboard two Antonov AN-124-100 ‘Ruslan’ flights from Tunoshna airport near Yaroslavl and were loaded using a ramp, rail system and a crane.

The boats, which measured 19 metres in length and weighed 32 tonnes were delivered to Yuzhno-Sakhalinsk and launched at the port of Korsakov.

Volga-Dnepr Airlines key account executive, Alexander Kartashov says: “It was necessary to consider various different factors in completing this operation, including the typhoon conditions in Sakhalin and the challenging sea conditions.”

“We did this successfully and, as a result, the boats were delivered, launched and provided on-time to the Border Guard Service of the Federal Security Service of the Russian Federation.”