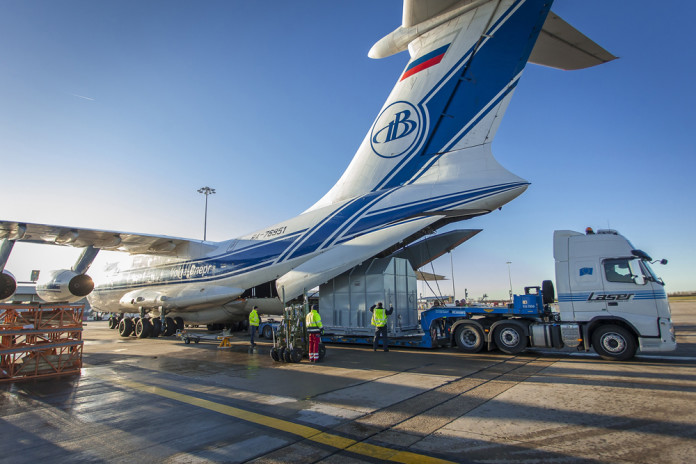 Volga-Dnepr Airlines has delivered the payload module of a spacecraft and three tonnes of support equipment from Russia to the UK using an Ilyushin IL-76TD-90VD.

The cargo was transported from Moscow’s Sheremetyevo Airport to London’s Stansted Airport and organised by DG Terminal. A specific temperature was maintained during the flight and monitored constantly to maintain the integrity of the shipment. Three representatives of the manufacturer, RSC Energia accompanied the cargo to personally monitor the transportation, which arrived safely and was then transported by road to its destination.

Volga-Dnepr says aerospace customers account for 30 per cent of business, and it has operated over 5,250 flights, delivering 175,000 tonnes of cargo such as satellites, helicopters, aircrafts and parts to date.