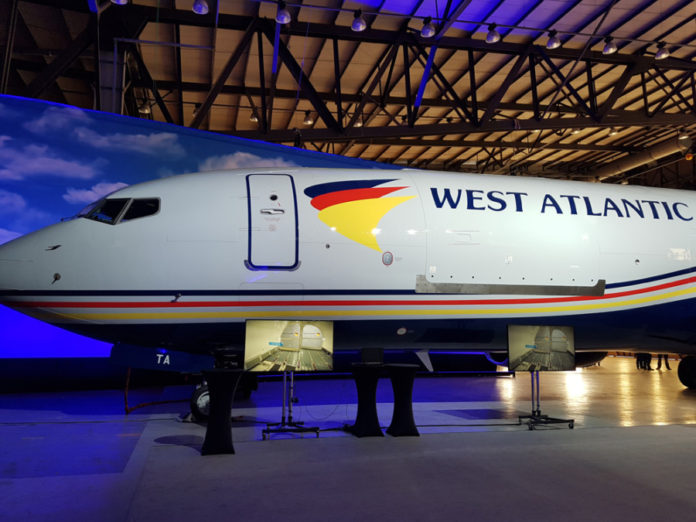 West Atlantic has reduced losses to 61.6 million Swedish Krona in 2017 ($7.1 million) with the company saying it is well positioned for a stronger year in 2018.

The Gothenburg-headquartered company says revenue grew by 20.4 per cent to 1.6 billion Krona, with growth primarily coming from a new five year contract awarded by the Royal Mail, and also from additional contracts with DHL.

DHL was also added as a new customer for Boeing 767 flights, charter activity increased for the ATP fleet and additional routes were operated for UPS.

Financial results fell short of expectations for the first nine months, mostly due to non-recurring events, but improved steadily over the fourth quarter, and the company is well positioned for a stronger 2018 and beyond.”

The EBITDA margin decreased to 7.9 per cent due to parking the ATP fleet with no attached revenue, start-up costs for the Royal Mail contract, subcontracting costs due to late aircraft deliveries and long downtime periods for Boeing 767 maintenance.

The Group’s cost reduction programme continued throughout 2017, primarily focusing on reduce aircraft maintenance costs with decisions including closing hangars in Malmo, Sweden and Coventry, UK when West Atlantic moved to a single hangar at East Midlands Airport in December.

West Atlantic added five Boeing 737-400s to its fleet in 2017 and five ATPs were parked due to a reduction by the Norwegian Mail contract, due to the customer no longer mandating to deliver next day services to all destinations.

The Group has submitted a lawsuit to the district court in Oslo against Norwegian Mail due to the forced network reduction “in contrary to the contract”, and though the legal process has not started, West Atlantic says it believes it is entitled to compensation.

On 19 April 2018, West Atlantic also took delivery of its first Boeing 737-800 Boeing Converted Freighter, with an additional four due to join the fleet by next year.