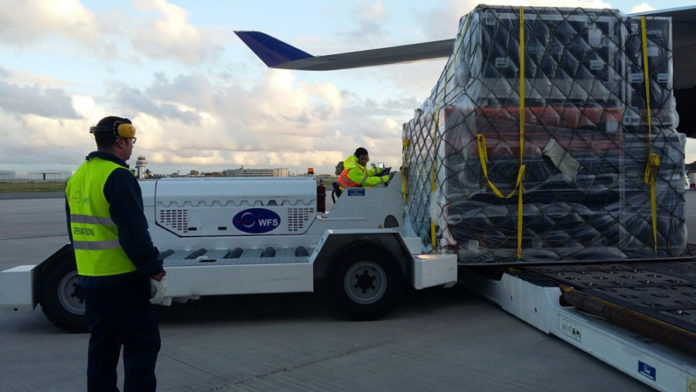 The handler was responsible for handling four chartered Boeing 747-400 Freighters carrying over 330 tonnes of motorbikes and support equipment for the Grand Prix at the Jerez circuit in Spain’s Andalusia region. The race was won by nine-time MotoGP world champion, Valentino Rossi, ahead of his Yamaha teammate, Jorge Lorenzo.

WFS Europe chief executive officer, Emilio Fernandez says: “Being asked to provide the ground handling for such a high profile event as the MotoGP Grand Prix provides the perfect showcase of our expertise on the ramp and in all of the ground services needed to efficiently manage such time-critical cargoes.”

WFS executive vice president business development, Pablo Garcia says: “As the championship involves events all over the world, it is essential that all of the ground and logistics operations perform to the very highest level as there is no time for a delay ahead of the race.”

“The WFS team in Spain did a great job in ensuring every race bike and all of the equipment used by the teams was handled quickly and securely.”