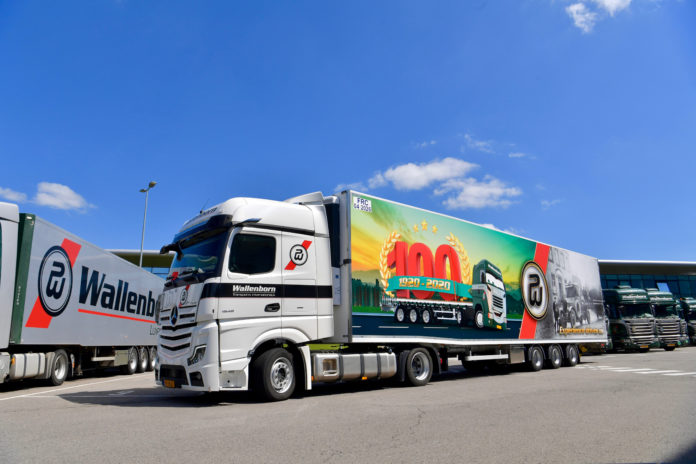 Like many centenarians, Wallenborn had planned a great party to mark the milestone. Unfortunately in 2020 a virus had other ideas. But that hasn’t stopped the company marking 100 years in road transport.

There is a certain irony in that in 1920 when Metty Wallenborn launched his eponymous company the world was getting over the 1918-1919 Spanish flu pandemic. A century later, bookending the first one hundred years of business, another pandemic has come upon the business.

However, for the company this is just a speed bump in terms of the exciting future the company has for the coming decades. Now headed by current president and CEO Frantz Wallenborn, the third generation of the Wallenborn family to take the helm of the Luxembourg-based Road Feeder Service (RFS) operator, Wallenborn has achieved its mission to establish a feeling of confidence and security amongst customers and partners to associate Wallenborn with reliability, integrity and openness.

Frantz Wallenborn said: “The past twelve months brought us closer to our customers and partners and proved the benefits of trust-based business collaborations.
The multiple and fast changing challenges caused by the pandemic required new levels of inventiveness and agility and the ability of our people to relentlessly perform has certainly increased trust in Wallenborn.”
While there is much to look forward to for Wallenborn in the coming decades, in its first decades it has marked some significant achievements. For instance, in 2009 Wallenborn became the first trucking company to publish performance data measured against Cargo 2000’s service level agreement for road feeder services.

Wallenborn said: “I realised that RFS was overlooked by the standard milestones and processes and that shipments were off the radar unless they were at online stations. This was during a period when many airlines were embracing direct delivery and pick-up services to offer extra value to their customers.

“Simultaneously, telemetry technology was rapidly improving and this created an opportunity to improve the visibility of shipments whilst in the custody of RFS providers. The initial focus was on FSU messaging but has since shifted to STM (surface transportation movement) messages which are automatically triggered by vehicle telematics and give more accurate updates and ETAs than FFMs.

“The next step is to integrate with the Warehouse Management Systems of transit sheds to optimise ground operations at busy cargo hubs. We’ve also added capability to send ULD messages to airlines so they can better manage offline inventory. “
The same year, the company obtained AEO certification.

Demand for the first two was much higher in the past year while demand for the latter was lower due to fewer new aircraft deliveries and a reduction in MRO activities.
Wallenborn said: “Our expertise in these specialities has benefited our RFS customers and supported them as they’ve developed premium products. It also helped us to improve geographical balances within our network and buffered us against volatility in the airfreight sector.”

Since the turn of the century, Wallenborn has become very expansionist. Wallenborn said: “We anticipated that the RFS market would change in a number of ways, that airlines and forwarders would use it more to promote and extend their services and that data integration would become essential. We decided to develop harmonised solutions on a large scale such as extensive pan-European networks, common digitisation platforms, local and personalised customer care and premium products.

“We’re fortunate that our key accounts are also ambitious and focused on growth and improvement. In fact most are amongst the global top 20 cargo airlines and have grown at very impressive rates. They expect us to provide an extensive and flexible network that meets the highest quality and security standards and this is why we accelerated our growth strategy.”

All Wallenborn-owned trucks that drive internationally are compliant with the European Union’s tough Euro-6 emissions standards. Has this deterred the company from investigating the possibilities from electric vehicles?

“We already tested electric vehicles (EV) over shorter distances and will be testing alternative fuels over longer distances this year. Our typical trip distance is approximately 400 kms and we will enthusiastically embrace EVs that are capable of meeting that challenge. In the meantime, we invest heavily in green technology, training and monitoring to minimise our environmental impact and the solar array at our HQ – the largest of its kind in Luxembourg – generates 1,000 MWh per year,” said Wallenborn.

This has been a collaborative effort and clients understand the current technological limits. Moving cargo by RFS to and from mega-hubs is inherently more sustainable and is boosted by Wallenborn’s ability to offer LTL service on over 900 city pairs in Europe.
However, the company has not taken a position on driverless trucks as fault-tolerant autonomous applications on the routes it operate are five to ten years away.

At present, the company continues to benefit from high levels of driver retention and makes great efforts to optimise the driver experience. Wallenborn drivers take ferries to Denmark, Finland, Greece, Ireland, Norway, Sweden, the UK, Morocco and Tunisia and in total make approximately 20,000 Eurotunnel crossings in a normal year.

“It’s interesting to note that most of our drivers do not follow a routine and they typically visit five to ten countries in a week. Whilst our busiest hubs are in the heart of Europe, we cover the entire continent,” said Wallenborn.

“We have separate teams of drivers with specific skills and experience for example life sciences, aircraft engines or high value cars. 80% of our drivers are qualified to transport dangerous goods and 100% are trained and certified according to EU Aviation Security standards.”

If there had not been a pandemic, Wallenborn says the 100th anniversary milestone would have been appropriately marked.
“We planned to throw a big party for our customers and partners but now is not the time to celebrate,” said Wallenborn ruefully.

“In 2019, the countries where we grew most were Belgium and Netherlands due to growth at freighter hubs such as AMS, BRU, LGG, MST and OST and countries that are normally highly dependent on passenger flights including Denmark, France, Italy, Sweden and the UK.”

During COVID-19, there have been many changes and “our business continuity and recovery management systems have been continually tested and adapted,” said Wallenborn.

“We have been using cloud apps for more than 12 years so home-working was not a technical challenge but we have chosen to keep all of our branches open. One of the biggest operational challenges has been to keep our drivers safe. Whilst truck drivers have so far been exempt from most restrictions on movement between European countries, the volumes of administration required to ensure they have the necessary authorisation to cross borders has been immense.
“Negative COVID-19 tests are also mandatory to cross some borders especially from the UK. This was especially challenging in December when trucks could not enter France from the UK for several days. We’ve also invested in extra sanitary equipment and all trucks are deep-cleaned between shifts.

“Another operational challenge has severe delays that have built up at some major hubs such as those we’re currently experiencing at AMS and FRA. Aviation has been unevenly affected by the effects of COVID-19. Cargo volumes at some airports have been low for more than a year now whilst other airports have been swamped at times,” said Wallenborn. 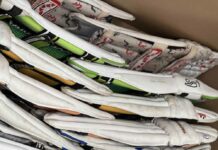 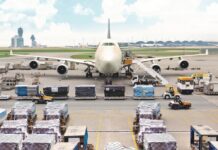