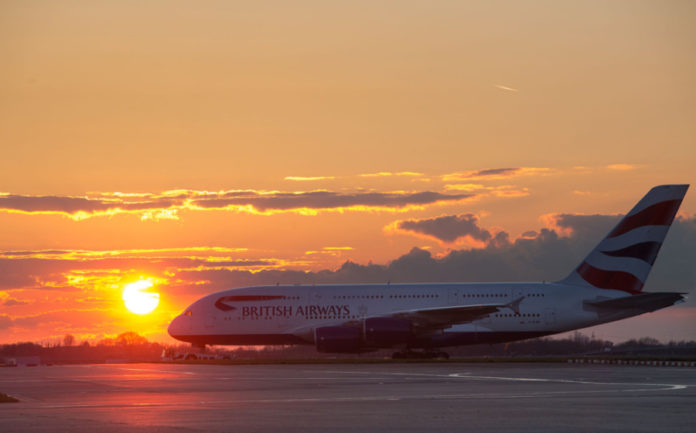 On 5 June the UK Government gave its backing to the expansion of Heathrow Airport through developing a new north-west runway, writes David Craik.

Transport Secretary Chris Grayling declared that the airport’s third runway would lead to more jobs, greater economic growth and be an important milestone in building a ‘global Britain’.

The Government hopes the expansion – which still must be voted on in Parliament – will lead to an additional 260,000 flights a year from Heathrow in 2040 and nearly double the amount of freight capacity. Indeed, there may even be 40 possible new trading long haul destinations.

The development – which has been mooted and reviewed since 2003 – would likely be operational from 2026.

“We welcome the announcement on the Government’s decision to table a vote on expansion. Heathrow is the UK’s global gateway and the country’s largest port by value for non-EU goods, but our current capacity constraints mean that many of Britain’s key trade routes from our airport are virtually full and unable to accommodate further trade growth,” says Heathrow head of cargo, Nick Platts.

“The airport’s expansion couldn’t be more important for Britain’s future, allowing us to double our cargo capacity, relieve pressure on those already constrained routes and unlock new long-haul trading routes providing new trading opportunities for businesses up and down the country.”

Heathrow’s air cargo performance is already strong. In 2017, 1.7 million tonnes of cargo went through the airport, up from 1.54 million in 2016. The biggest market, by far is the USA with India, UAE, China, Hong Kong and Japan also in demand. The top five exports are aircraft engines and parts, machinery parts, precious metals and jewellery, pharma and paintings and antiques.

The third runway is part of an extensive cargo development strategy at Heathrow. It also includes halving current throughput times, being 100 per cent e-freight compliant and building new facilities such as a distribution and consolidation centre close to the airport. In addition, it is aiming for more efficient airside access with airlocks and compounds and automated vehicle tracking systems. But it isn’t just the airport authorities thinking about cargo progress. Back in January GEFCO Group chose Heathrow to open its third dedicated temperature-controlled warehouse for the life sciences and healthcare sector.

The 15,000 square foot facility, located in nearby Ashford is in addition to existing GEFCO Forwarding warehouses in Frankfurt, Germany and Amsterdam, Netherlands. It features different temperature areas from ambient and cool to frozen.

“We use pick and packing methods and x-ray machines to help us handle products such as human and veterinary medicines as well as medical devices more efficiently,” explains UK sales director, Iain Logan.

“It minimises airport handling time and meets the clear demand from airlines. London Heathrow was a natural home for the new facility and we want to grow the customer base here. Heathrow is a global hub especially for pharmaceuticals.”

Logan says plans are already in motion to increase the size of the ambient area in the new facility.

“We are looking at some very ambitious growth plans. It fits in with the development of the third runway which will help build on the cargo infrastructure that is already here at the airport and beyond,” he states.