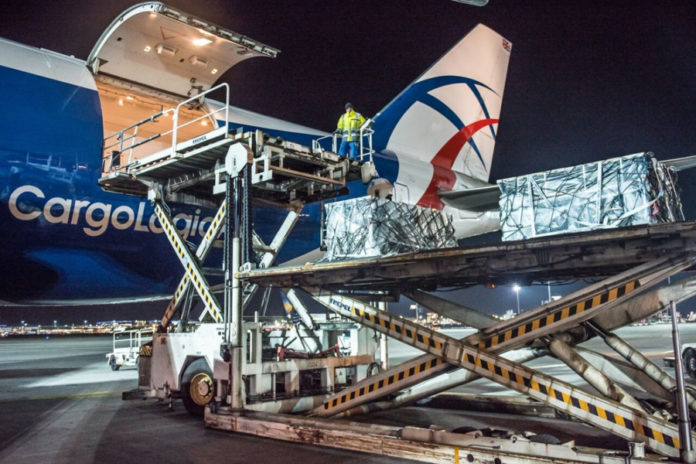 The fairy tale continued in May for the air cargo industry, according to the latest figures monthly report by WorldACD Market Data.

The analyst says in May showed a “formidable” year-over-year (YoY) increase in chargeable weight of 12.8 per cent (13.8 per cent in DTK’s), coupled with a YoY yield rise of five per cent in USD (7 per cent in Euros).

For the first five months of the year, worldwide chargeable weight increased with 10 per cent YoY and revenues with 11 per cent in USD (with 15 per cent in Euros).

WorldACD says macro-economic indicators seem to hint the present situation looks fairly robust, and the since the second half of 2016 is due to various factors but e-commerce growth may be one.

However, the analyst notes: “Yet, we do not see this trend reflected in large increases in express air cargo. We note the largest growth in regular shipments weighing more than 1,000 kilograms, a clear sign (i) that most e-commerce finds the regular speed of air cargo good enough, and (ii) that e-commerce is definitely not a matter of individual small parcels flying across the globe.”

Increasing consumer demand in general and for electronics in particular may be another contributing factor, fuelled by an increase in purchasing power, most clearly in a number of Asian markets.

WorldACD explains: “Our growth figures for a number of these markets certainly point in that direction. But Europe and North America (the latter mainly in incoming traffic) show their mettle as well.

“Although the economic recovery in Eastern Europe and Latin America is slower than elsewhere, air cargo from these regions is now clearly picking up. The laggards of early 2017 are therefore Africa and the Middle East.”

Their figures found Asia Pacific region has now recorded double-digit YoY volume increases for four months in a row, resulting in a year-to-date growth of 14 per cent.

China and Hong Kong, accounting for about half of the region’s air cargo, grew even faster, but their growth percentages were topped by Vietnam (+31 per cent) and the Philippines (+26 per cent).

Volumes from Australia and New Zealand contracted. Whilst China and Hong Kong send only a quarter of their air cargo to destinations in the region, for Japan and South East Asia it is almost half of their total exports by air that stay within Asia Pacific.

And specific cargo groups within Asia Pacific, deviate from the general trend. Live animals, perishable goods and pharmaceuticals all showed a negative growth in the year so far, pharma losing 31.7 per cent YoY.

Only the small segment of express cargo (+22.6 per cent) outstripped the overall intra-regional growth of 12.7 per cent, the analyst explains.

The analyst says: “In other words: general cargo is on the rise. And that is not just the case in Asia Pacific, it is the worldwide trend in the year so far. With the exception of pharmaceuticals, specific cargo categories experience slower growth than general cargo.”