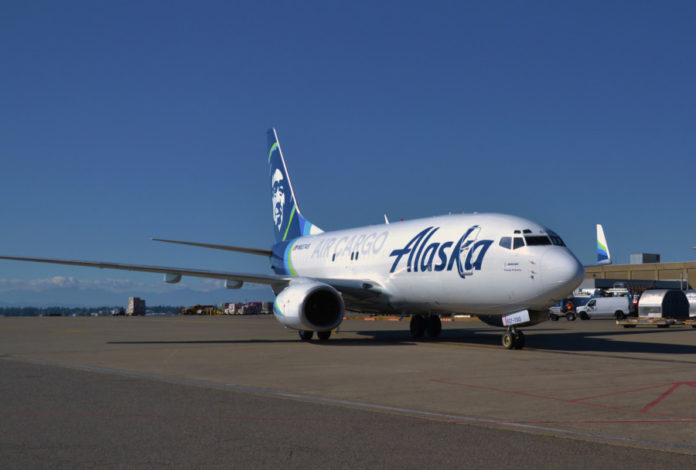 Alaska Air Cargo has introduced the first converted Boeing 737-700 Freighter – the first of its kind in the world and the aircraft entered commercial service today, carrying goods from Seattle to the state of Alaska.

The aircraft was converted over 19 months in Tel Aviv by Israel Aerospace Industries andAlaska will take delivery of two more converted 737-700Fs allowing the new, all-cargo fleet to carry 15 per cent more capacity.

Currently, Alaska operates one 737-400 Freighter and four 737-400 combi aircraft, which carry both passengers and cargo. Alaska plans to retire its entire 737-400 combi fleet by 18 October.

Alaska Airlines vice president of airport operations and customer service, Wayne Newton says: “This one-of-a-kind aircraft marks the beginning of a new era at Alaska Airlines. With an all-freight fleet, our cargo business is now a stand-alone operation, allowing us to better focus on the needs of our cargo customers.”

“Now we can move more freight than ever before, and optimize schedules to meet the needs of our cargo partners.”

Initially, the new fleet of freighters will primarily serve the state of Alaska, and provide scheduled services to 17 communities across the state. Independent of Alaska Airlines’ passenger operation, Alaska Air Cargo will provide more scheduled freight service than any other carrier in the state, and connect customers to 100 destinations across the airline’s route network.

Alaska Air Cargo transports more than 170 million pounds of cargo annually, including seafood, mail and freight and operates the most extensive air cargo operation on the US West Coast of any passenger airline.