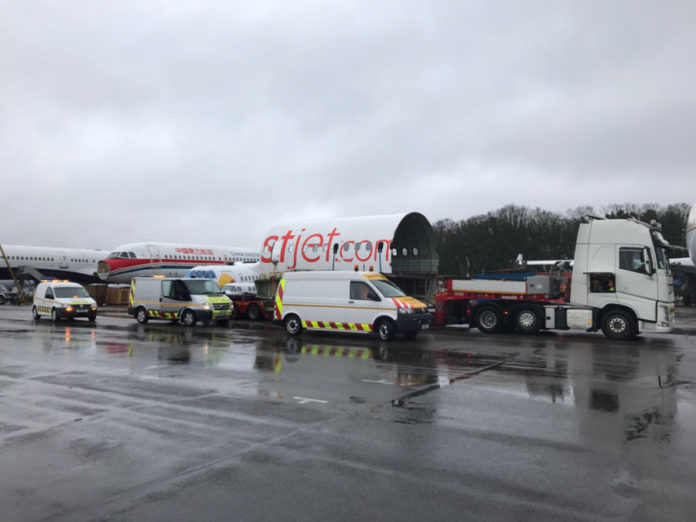 A member of the X2 Logistics Network has moved a fuselage for an Airbus A320 from the UK to Spain.

Active Transport moved the wing section, which weighed six tonnes and had dimensions of 6.2 x 4.4 x 3.9 metres, from Kemble to Pamplona, a distance of 1,500 kilometres.

The fuselage wing section was picked up at the Air Salvage International, Cotswold Airport, Gloucestershire, and the shipment was sent by ship via Portsmouth to Bilbao.

The most time consuming part of the move was gathering necessary data to determine alignment, grading, and earthwork quantities for the move, so as not to have any issues during the move, which meant having to undertake route surveys at both ends to ensure the proper clearance with the local police and other local authorities in the UK and Spain.