Speaking at the Air & Sea Cargo Americas conference on 2 November, he explained that ECS has invested in six South American countries organically and has acquired Canadian firm, Exp-Air.

Thominet says: “America has been growing a lot, we have had new contracts like Air India, which is very good for us because it has five stations with online flights and we have representation in Canada and South America.”

“We can create synergies between the countries. America is benefitting from being a major hub country and the market is very good. The USA has had about a 12 per cent increase since last year so everything is going fine.”

In Central and South America, ECS has expanded its presence into Mexico, Brazil, Columbia, Peru, Chile and Ecuador being the general sales agent of Qatar Airways, which is flying freighter aircraft in the region.

Exp-Air joined the group in July, and is proving to be an important asset by representing 25 airlines.

Thominet says: “It is a very nice combination with the rest of the network in the Americas. The head of Exp-Air, Danny Olynick, we gave him the management of the USA as well. We are immediately creating synergies between the countries.”

Thominet says the market is strong, saying: “The airlines continuing to consider outsourcing so our plan is to increase our network by opening new offices. We are considering to enlarge the set up in cities like Detroit, Philadelphia and in Texas. The synergies between the companies is far better than expected so it is really interesting to see how we can find synergies between the countries.”

Thominet believes the main issue facing the American market is rate levels are very low, though volumes are strong.

He says: “I think are carriers need to have the full coverage of the Americas, the airlines were looking for local GSAs but now they need commitment from a full country level.”

ECS’s key airlines include AeroMexico, which has a joint venture with Delta Airlines.

Thominet says: “For AeroMexico it is very important to have a GSA as good as Delta on a full country level, they want us to be good everywhere.”

“All airlines expect the GSA to provide guarantees on a full country level, which is difficult in the Americas because it is complicated to be strong on the West coast, the East coast, in the South, this is one of the challenges we have.” 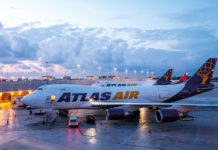 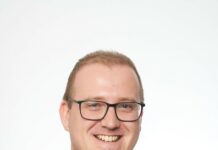