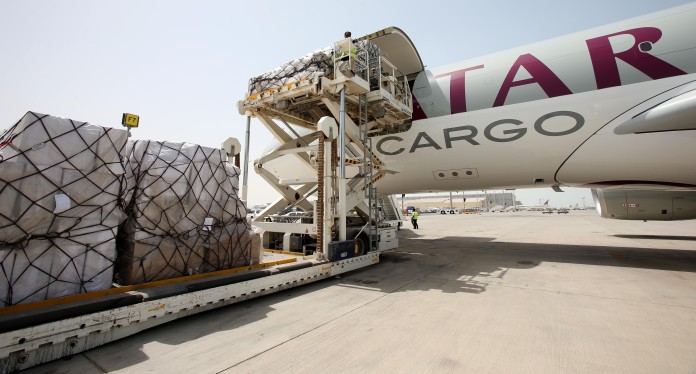 Ogiermann comments: “We have seen a surge in the carriage of lobsters on our freighters to Europe and China where they are high in demand for Christmas and Chinese New Year festive seasons.”

Though the supply chain industry has seen a modal shift as exporters try sea freight, some products such as cut flowers, certain fish and seasonal products remain better suited to air cargo.

Ogiermann tells ACW: “We recently completed a special charter service to transport over 850 tonnes of the seasonal Chilean cherries. A total of nine charter flights operated from Santiago, Chile all the way to Shanghai, Guangzhou and Hong Kong via our state-of-the-art Doha hub.”

2017 is shaping up to be another big year for Qatar Airways Cargo, with more freighter flights across the Americas while its new cool chain transit facility at Hamad International Airport is nearing completion.

Ogiermann says: “This transit facility, designed with separate area for perishables and situated on the airside is commissioned to be ready in March 2017. The GDP compliant 2,471 square metre facility will enhance our ability to process more volumes of perishables quickly within a climate-controlled environment.” 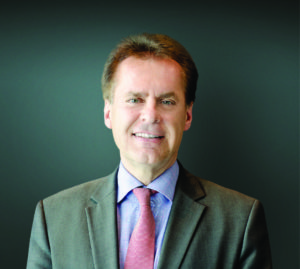 Qatar Airways Cargo has announced four new freighter destinations in the Americas, Sao Paulo, Buenos Aires, Quito (subject to government approval) and Miami. Major commodities out of Sao Paulo, Buenos Aires and Quito comprise of fresh flowers and other perishables while Miami will serve as the distribution hub for airfreight products to and from Latin America and the Caribbean.

Ogiermann tells ACW: “The introduction of new freighter services will offer businesses in the continent a young and modern fleet and access to the cargo carrier’s global network of more than 150 destinations via Doha hub.”

The airline has also seen a large uplift of perishables out of Africa, having upgraded freighter services from Nairobi and Johannesburg to Boeing 777 Freighters.

Wherever perishables are travelling across the world, cold chain systems are crucial, and Qatar Airways Cargo’s QR Fresh product is designed to keep temperature sensitive goods at their optimal temperature through to their final destination.

It uses refrigerated trucks at the Doha hub to ensure the cool chain is seamless, and are always used for products requiring cooling.

He says with a fleet of over 170 passenger aircraft offering bellyhold capacity, and 20 freighters, that Qatar Airways Cargo can flexibly adjust to the needs of the cargo business.

“We utilise both, the passenger aircraft and freighters to transport perishables, based on the market needs, nature of goods and customer requirement.”

According to figures from the International Air Transport Association, the air cargo sector generates nearly $70 billion every year, and Ogiermann says a large and growing segment is temperature-sensitive cargo such has pharmaceuticals, fresh fruit, vegetables and flowers.

He sees demand for air transport of perishables growing as the world’s population rises, and the growing middle class and income growth in developing countries.

With a fully automated hub, Ogiermann says Qatar Airways Cargo is well positioned to cater for this growth. “We will soon launch an advanced cool chain transit facility in response to growing global demand in specialised air freight solutions for temperature-sensitive products and remain highly supportive and creative when providing our customers with specialised air freight solutions to meet their needs.”

“It is imperative for us to build trust and long-term business relationship with our customers through our sincerity and commitments as their preferred air cargo service provider” he adds.