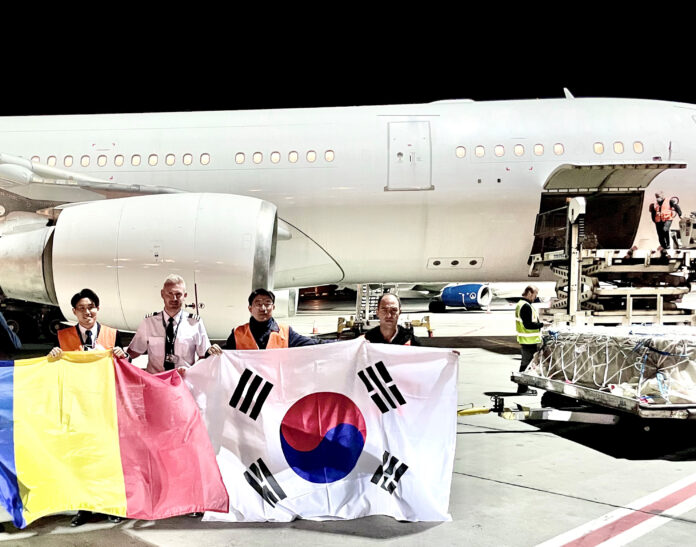 The high complexity and skill of organising multi-aspect aircraft charters – especially for the carriage of life-saving vaccines – has become a new art form, particularly in the grip of a global pandemic and a worldwide air cargo capacity shortage.

The Covid- challenged global marketplace has led to successful charter specialists seizing new initiatives so that the science of air cargo management has now become an art form, according to this notable example provided by 26AVIATION, a UK-headquartered aircraft charter brokerage.

In-depth analysis of the company’s recently arranged multiple charter flight programme utilising three A330-200 passenger freighters between Romania and South Korea, is a typical example of this.

The flights, which operated from Bucharest Otopeni to Seoul Incheon non-stop, took place during September and October 2021.

As part of a bilateral medical agreement between Romania and Korea, the chartered aircraft transported highly sensitive Pfizer and Moderna Covid-19 vaccines for the Korean people.

Remarkably – despite a long list of potential pitfalls and bureaucratic obstacles – the flights operated seamlessly and on schedule.

A fascinating and candid insight into how it all came to a successful conclusion is provided by Sam Heather, 26AVIATION’s enthusiastic founder and managing director: “Not surprisingly, extensive planning was involved due to the nature of the cargo,” he points out. “Pfizer vaccines need to travel at between -15 to -25 degrees centigrade which meant that the cargo had to be packed in dry ice,” he adds.

Dry ice is classified as dangerous goods under International Air Transport Association (IATA) regulations and must be packed and labelled in accordance with the guidelines before it is accepted for transport. In this instance the amount required exceeded IATA’s standard regulations for a passenger aircraft, so 26AVIATION had to work closely with the carrier to obtain a special exemption from the relevant civil aviation authority.

“Due to the highly sensitive nature of the cargo – and so that the cargo was not exposed in any way – we had to work closely with all the parties involved, including the customer, the handling agents, the airport authorities and the airline, to ensure everything was in place to execute a perfect operation,” he adds.

Managing this intricate process included arranging for the cargo to arrive at the airport only two hours ahead of flight departure time, a highly unusual requirement for a long-haul cargo charter. The sensitive shipments were even delivered to the airport under police escort to be loaded across three lower deck, temperature-controlled PMC pallets.

“Other aircraft options were available to our customer, however they chose our A330 solution due to its lower deck temperature-controlled cargo hold, as well as the aircraft’s ability to operate the flights non-stop with a minimal transit time of around nine and a half hours,” Heather adds.

“I want to emphasise that, with all of the points above, such as the dry ice exemption, the non-stop flights and the specific aircraft type, 26AVIATION secured this contract by offering a creative, value-added, outside-of-the-box solution,” Heather proudly adds.