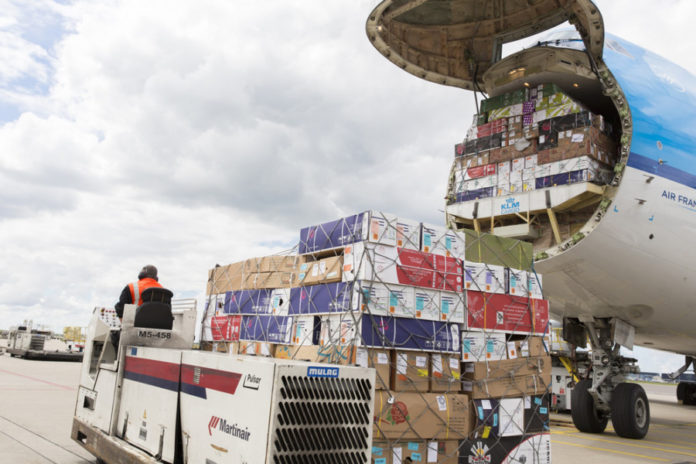 The flowers were flown to Europe in February and March from countries including Kenya, Ecuador and Colombia both on freighter aircraft and in the bellyhold of passenger aircraft, offering 17 weekly flights to the flower producing nations.

Royal FloraHolland in Aalsmeer, near Schiphol is the largest trading centre for flowers in the world and plays a crucial role in onward distribution, primarily for the European markets in the Netherlands, UK, France, Italy and Russia, and to Asian locations including Japan.

AF-KL-MP Cargo executive vice president, Marcel de Nooijer says: “With one extra full-charter freight flight, upgrading aircraft capacity and making full use of our extensive wide-body belly passenger network, AFKLMP Cargo is proud to show our ongoing commitment and dedication to the flower business, which has a proven history over so many decades.”

AF-KL-MP shipped more than 60,000 tonnes of flowers from Kenya, Zimbabwe, Ecuador and Colombia to Schiphol.

The airline also formed the Holland Flower Alliance with Schiphol and Royal FloraHolland to strengthen the ‘preferred Flower Hub’ position.