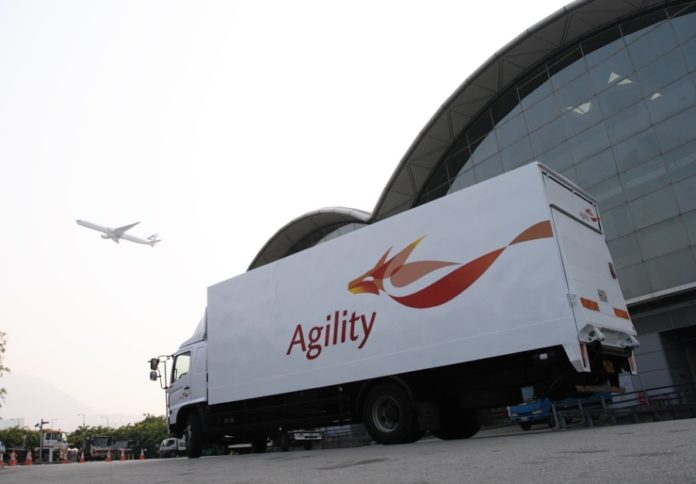 Revenue for Agility Global Integrated Logistics (GIL), the company’s core logistics business, grew 9.6 per cent in Q2, to 255.2 million KD. Air and ocean revenue grew, driven by volume growth of 14.7 per cent and 12.9 per cent in air tonnage and ocean TEUs, respectively.

These it says are growth rates above the market averages. Contract logistics revenue also grew, particularly in the Middle East and Asia Pacific, with the improved performance coming from a combination of new and existing warehousing facilities.

However, net revenue in Q2 was flat compared to the same period a year ago, primarily due to significant yield degradation in freight forwarding because of capacity constraints and higher market rates. Net revenue margins contracted to 24.9 per cent compared with 27.3 per cent in Q2 2016. EBITDA decreased 5.8 per cent to 9.1 million KD in Q2 for the same reason.

“Revenue in our logistics business is growing because air and ocean volumes are increasing and contract logistics revenue is expanding, but rate pressure continues to affect profitability.”

To achieve its 2020 EBITDA target of $800 million, Agility says it has two areas of focus are investing in its infrastructure businesses in emerging markets, and secondly, it is continuing to improve the underlying fundamentals of its commercial logistics business.