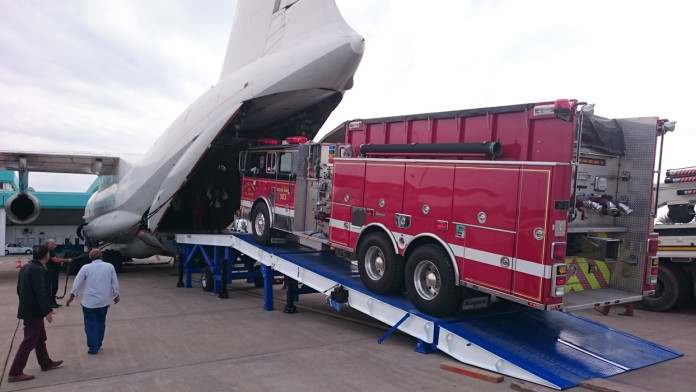 The customer had wanted to use an Antononv AN-124, as that would have been the obvious choice, but ACS suggested the client design ramps to load the fire trucks onto two IL-76s, saving them over $200,000. ACS commercial director, Justin Lancaster says the fire trucks are for the Iraqi government and the ramps took over a month to design.

Lancaster says: “As you can see from the photos, the trucks are huge and weighed over 20 tons each. They originally came from the US and were then flown from Turkey into Iraq. The ramp was dismantled and flew with the aircraft in order to offload the trucks the other end.”

“We always try to think outside the box and are extremely pleased that we were able to save the customers so much money.”