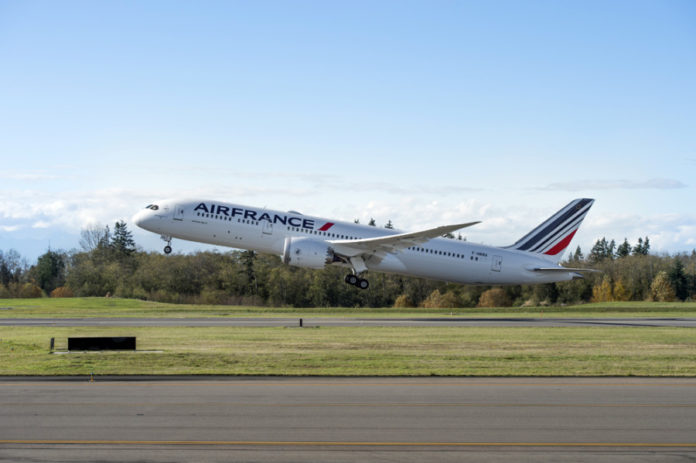 Air France has taken delivery of its first Boeing 787, which it will deploy on its Paris – Cairo from January.

Air France KLM chief executive officer (CEO), Jean-Marc Janaillac says: “It is with great pride and honour that Air France is taking delivery of its first Boeing 787, the ninth for Air France-KLM.”

AerCap CEO, Aengus Kelly says: “We are delighted to be a part of this significant milestone for both Air France and Boeing. AerCap is the world’s largest lessor of the Boeing 787 Dreamliner aircraft, with over 80 aircraft owned and on order. We wish our friends and partners at Boeing and Air France continued success.”