Air Partner is celebrating its 20th anniversary in Germany and has moved into a bigger office in Cologne, director of freight Mike Hill (pictured) tells Air Cargo Week.

The Freight division started operations in 2007 and Hill says business has continued to grow year-on-year with sustained growth in the first half, and though the freight charter business is unpredictable, Hill says the signs are positive and the rest of 2017 should be busy.

The German office is responsible for looking after clients in continental Europe, and has worked hard to retain and develop relationship with established clients, as well as attracting new ones.

He comments: “Alongside our usual ad-hoc charter and On Board Courier (OBC) business, we have carried out a number of exciting projects this year as well; these have included transporting film equipment for a Hollywood movie, and flying 80 tonnes of medicine and medical equipment from Jordan to Yemen on behalf of a leading humanitarian aid organisation.”

Hill says this is helped by its confirmation and real-time tracking system, Red-Track, giving smart, in-transit visibility on every order.

He also says: “Business in the automotive sector has seen a clear and gradual movement to Eastern Europe since 2007, as more car manufacturers and their suppliers have expanded their manufacturing plants in that area. However, in recent years the activity seems to now be slowly balancing out between Western and Eastern Europe.”

Other industries including aerospace, pharma, project cargo and humanitarian aid are also important, and oil and gas is slowly picking up again after a major decline a few years ago.

Hill believes there are constant opportunities to increase market share in Germany, due to the strength and experience of the team in Cologne, who provide 24/7 dedicated charter and hand carry services in multiple languages.

He says: “We have created a European competency centre with the experience concentrated in one place, rather than spreading our talent out more thinly over numerous offices in Europe.”

There has been a surge of new broker companies in Germany, and Hill says some are beginning to blur the commercial boundaries of the broker/forwarder by working with shippers.

He believes Air Partner’s service will continue to set it apart, saying: “We, however, are committed to maintaining our close relationships solely with the freight forwarder community and this – along with our global presence and the financial transparency afforded by Air Partner’s plc status – has played a large part in our past success, and no doubt will continue to do so in the future.” 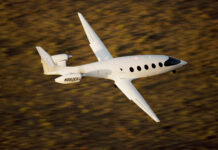 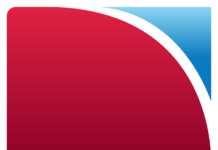 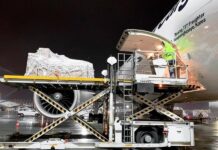