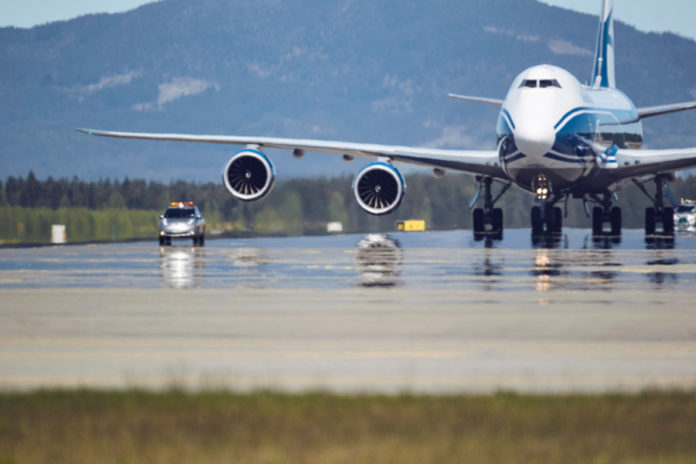 AirBridgeCargo Airlines has added a third weekly flight from Oslo Airport, tailor made for seafood exports bound for South Korea.

The first flight was operated on Tuesday 28 May, complementing existing Tuesday and Friday departures, heading to Seoul via Moscow.

The Russian airline now offers 230 tonnes of seafood capacity from Oslo on Tuesdays, operating the route with a Boeing 747-8 Freighter.

In 2018, AirBridgeCargo moved 500-million-krone worth of seafood out of Norway on its two weekly flights from Oslo Airport.

Martin Langaas, director of cargo at Avinor says: “AirBridgeCargo is an important part of our aim to facilitate more capacity for the Norwegian seafood industry to our largest trading partners in Asia.”

He adds: “Freighter routes are boosting the competitiveness of Norwegian seafood and provide efficient access to our biggest markets in Asia. With the new departure, capacity is estimated to increase by another quarter billion krone in annual export value.”