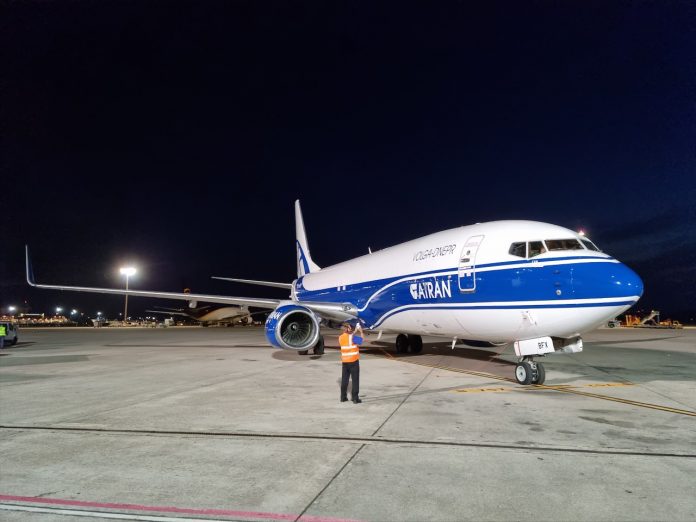 ATRAN Airlines, an express carrier within Volga-Dnepr Group, has accomplished its first European live-animal transportation on a flight from Spain to Russia. The Boeing 737-800BCF charter flight has delivered 533 boxes with one-day-old chicks, weighing over 2.200 kilograms, in support of the local agricultural programme.

The project was organised with great contribution from AirBridgeCargo Airlines’ team, one of another carriers within Volga-Dnepr Group which has extensive AVI experience and competence.

Vasiliy Zhukov, commercial director of ATRAN Airlines, comments: ‘We have been approaching the AVI market for a long time, seeing the demand and customers’ interests in B737 high-quality services. After implementation of our internal road map which covered certification, personnel training, and expansion of the fleet, we are now ready to offer specialist live-animals transportation services for our customers to and from Europe.”

The flight has been organised aboard the Boeing 737-800BCF which has recently joined the company’s fleet, ramping up its cargo capacity and totaling the number of freighters to seven.