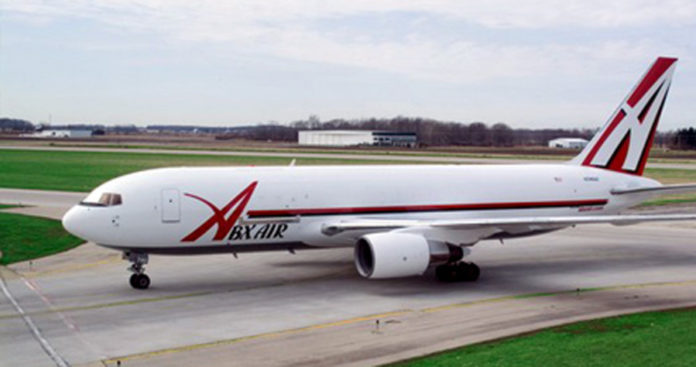 ATSG says the majority of earning gains were due to non-cash change in the value of warrants issued to Amazon.com.

Revenue growth was helped by the acquisition of Omni Air International in November 2018.

Capital spending was up 57% in the first nine months to $336.9 million, which included $247.9 million to purchase nine Boeing 767s and for freighter modification costs.

Joe Hete, CEO of ATSG says: “Demand for our aircraft and flight operations continued to accelerate in the third quarter, pointing toward a strong peak period of non-payload-sensitive flying for our air express network customers as we deploy more 767 freighters.”

For the segments, Cargo Aircraft Management revenue was $75.1 million in the third quarter but pre-tax earnings were down to $17.4 million due to interest and depreciation expenses.

CAM leased three B767-300s to Amazon in the third quarter, and six more 767s will be deployed in the fourth quarter, with two going to Amazon and four to UPS.

ACMI revenue more than doubled in the third quarter to $272.2 million due to Omni Air’s operations for the Department of Defense, Amazon operations and flights for UPS.

Pre-tax earnings were $4.4 million compared to a $0.3 million loss mainly due to Omni Air’s contribution.

Other activities revenue increased 26% to $87.8 million due to growth in maintenance services and ground services for external customers.

Pre-tax earnings were down slightly to $2.9 million with the loss of US Postal Service business partly being covered by higher earnings from gateway services from other customers.