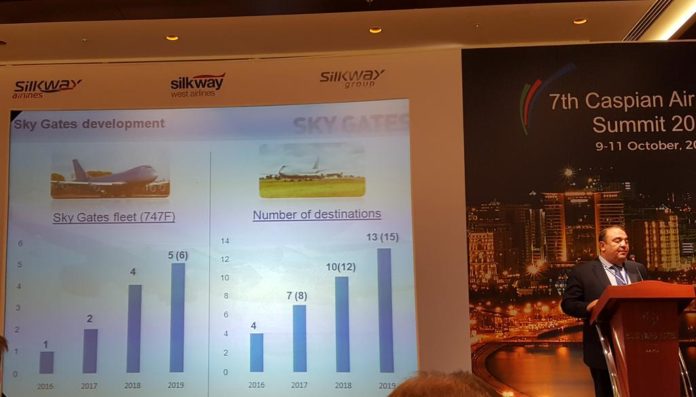 Kuehne + Nagel is to start operating in Azerbaijan and Kazakhstan from the first quarter (Q1) of next year.

Speaking in a market overview for the CIS and Central Asia region session, he says “legal entities” will be set up in Q1 2018 – first in Baku and then in Almaty (Kazakhstan). Neumann adds that both are “strategically important markets” in the Caucasus and Central Asia for Kuehne + Nagel.

Neumann explains that Kazakhstan will remain the number two market behind Russia in the CIS where average GDP growth from 2018-2020 will be close to four per cent. The primary focus will be O&G and integrated logistics projects.

As for Azerbaijan, he says based on Fitch Rating reports, expected GDP growth by 2019 is 4.3 per cent. The primary market focus will also be O&G and integrated logistics projects.

Boeing airline market analyst for air cargo, Thomas Crabtree also spoke in the market overview session, explaining the CIS market has grown by two per cent over the past decade, mostly via Russia domestic flows.

CIS freighter fleets Crabtree says will continue to modernise with both foreign and domestic aircraft types.

Also speaking in the session was Sky Gates Cargo Airlines senior vice president, Nidjat Babayev (pictured above) who detailed the future plans of the new Russian freighter carrier, which only started operating just over a year ago.

Sky Gates has two Boeing 747 Freighters and carried about 30,000 tonnes in its first year, only behind AirBridgeCargo Airlines and Aeroflot in terms of volumes in and out of Russia.

Babayev explains by 2019 it will have a fleet of five, maybe six freighters, while its route network will grow from seven today, to 13-15 destinations.