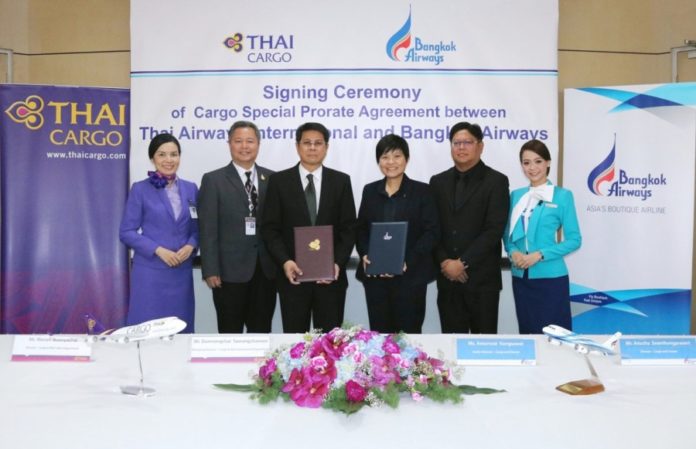 Thailand-based carriers Bangkok Airways and Thai Airways have signed a freight partnership agreement as part of a move to strengthen each others’ networks.

This partnership will not only offer customers of both airlines access to an extensive cargo network in Asia, Europe and Australia, but also help strengthen relationship between the two airlines.

Earlier this year,  Bangkok Airways and Thai Airways entered into a codeshare agreement to facilitate commercial sales, and to improve passenger convenience in flight connections.