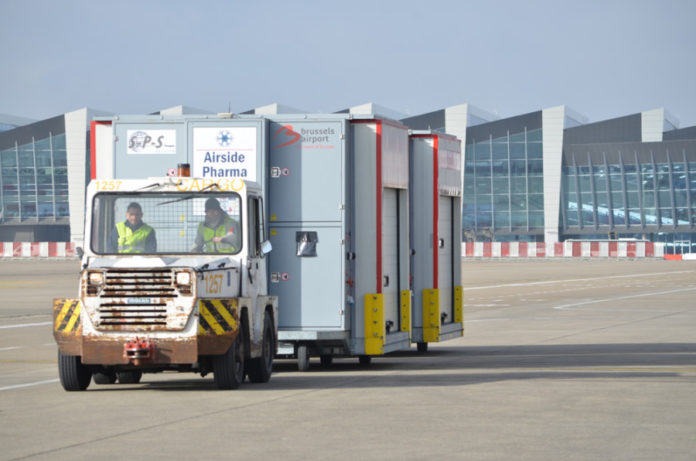 Brussels Airport is continuing to invest in services and products for the pharmaceutical sector, offering new infrastructure and technology including blockchain.

The airport is investing €100 million in the construction of logistics buildings with 100,000m2 in the cargo area.

Half of this infrastructure will be specifically designed to handle high-quality and temperature-sensitive goods such as pharmaceuticals.

BRUcloud was launched as an open data sharing platform where companies in the scheme gather information through apps.

Recent integration of new technologies such as blockchain has made part of the work paperless, which saves time and improves efficiency.

Brussels Airport was the first airport in the world to be awarded IATA CEIV Pharma certification and has developed products for the pharmaceutical industry such as the Airside Pharma Transporter to move cargo on the tarmac.

It was also a founding member of Pharma.Aero along with Miami International Airport and Singapore Changi Airport, and has created pharma corridors to Montevideo and Hong Kong.

Arnaud Feist, CEO of Brussels Airport Company says: “We continue to invest heavily in logistical infrastructure that is adapted to the specific needs of pharma and biotech, and that guaranties a cold chain, vital for medicines and vaccines. We are also developing innovative solutions based on new technology such as blockchain, which is used on our digital platform BRUcloud, and allows all stakeholders to track in real time the route of the transported goods.”

Nearly half the exports are bound for countries outside the European Union, with Catherine Rutten, CEO of pharma.be saying: “In part, it is thanks to the investments of the logistical partners, such as Brussels Airport Company, that Belgium is a preferred country for pharma exports to overseas countries. Doing so also sees our country play its part in the pursuit of the global health objectives.”

Belgium plays an important role in the biopharmaceutical industry, accounting for 13% of European exports, according to Tom Van Wesemael, life sciences leader at Deloitte.

He says: “The significant amount of biopharma exports and infrastructure, paired with Belgium’s high level of connectivity, make the country an attractive place for companies to invest and expand.