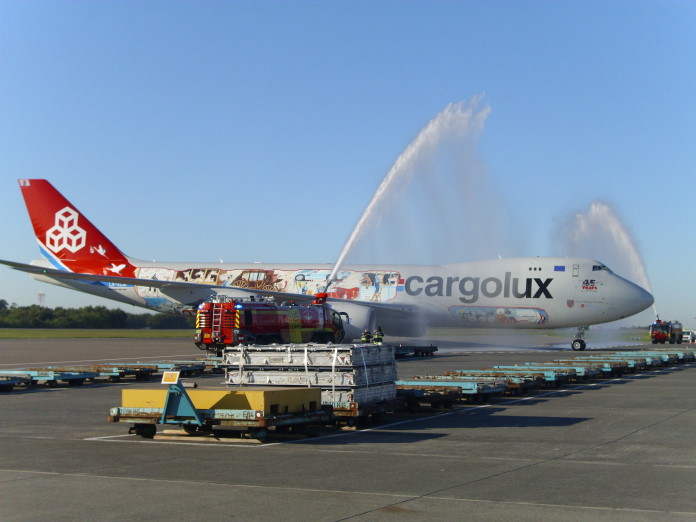 Cargolux Airlines International is looking at buying up to five more Boeing 747 Freighters as it considers whether to launch a Chinese airline based in Zhengzhou, under the project name Cargolux China.

At a press event at Luxembourg Airport attended by Air Cargo Week on 29 September, Cargolux president and chief executive officer, Dirk Reich told journalists that talks with shareholders have been going well and a decision should be made by the end of the year. He says the carrier has a very good board meeting with Chinese shareholders in China to discuss contracts, which Reich hopes will be finalised by the end of the year.

Reich says he hopes the venture will not go the way of Jade Cargo International, a joint venture between Shenzhen Airlines, Lufthansa Cargo and DEG, a subsidiary of German bank, KfW. Jade ceased operations in December 2011 and its 747-400 Extended Range Freighters are to be auctioned off.

Reich says Cargolux is considering whether to bid for the aircraft but says: “The probability of purchasing them is very small.”

He says one of the three 747-400s to be auctioned off is missing an engine and they have been mothballed for a number of years so it would take a lot of work to get them airworthy again.

He says: “We are looking at Jade as an example. Some of the reasons it failed are it had a joint venture with a competitor as it was competing with Lufthansa.”

Cargolux already has a hub in Zhengzhou, where Apple makes the iPhone. Reich says Cargolux has a good road feeder service in China using local trucking companies. He says about 10 per cent of volumes come from Zhengzhou with the rest of volumes coming from other regions such as Beijing and Shanghai.

Reich is also unconcerned about the recent problems in China, such as the stock market falling and growth slowing. He says though average growth is now nearer the five per cent mark compared to the double digit increases of the past, the hinterland, as he calls areas outside of major cities such as Beijing is still seeing high growth.

He says: “We will see growth of at least five per cent for years to come.”

On 29 September, Cargolux took delivery of its 13th of 14 747-8 Freighters it has on order. To celebrate the carrier’s 45th anniversary it had a special livery designed by Belgian cartoonist, Philippe Cruyt. The aircraft, LX-VCM is named City of Redange-sur-Attert, after the town in Western Luxembourg. Cargolux is expecting to receive its final 747-8 in 2017.