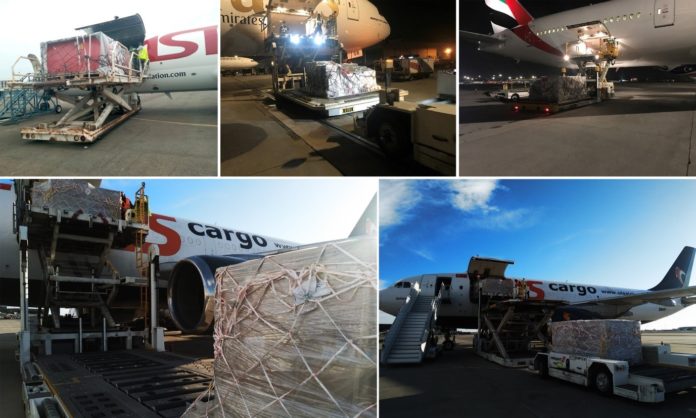 Chapman Freeborn has reported it is proud to have played their part in delivering millions of PPE items to those in need since March 2020 when the COVID-19 outbreak began, and they continue to deliver as the pandemic still has its grip around the globe.

Air cargo immediately became a very different industry in the wake of the travel and tourism sector coming to a grinding halt; usually the belly hold of passenger flights is full of cargo as well as passenger luggage, so without these flights operating companies needed to find another way to transport their goods.

Passenger carriers that were grounded due to their countries’ lockdowns worked with local authorities to modify passenger cabins into spaces that could hold cargo. This alleviated the strain and capacity issues on the cargo industry and opened up physical space for PPE to be transported across the world. This is something that is still happening over a year after the pandemic was declared.

Chapman Freeborn started working with a handful of carriers to transport PPE on Airbus A321 aircraft operated by parent company Avia Solutions Group (ASG) and subsequently also chartered a variety of other passenger aircraft including the B777-200, B777-300, A330, A340, B, B767, 787 and even the Airbus A380.

Additionally, large legacy freight forwarders bought bulk aircraft capacity, resulting in Chapman Freeborn making commitments with them for long-term PPE and general cargo contracts on dedicated aircraft. This resulted in Chapman Freeborn to look further afield, working with specialised project carriers such as Antonov Airlines and Volga Dnepr, who offered their fleet of AN124s and the world’s largest freighter, the six-engine AN225, to be chartered by Chapman Freeborn.

Since the start of the COVID-19 pandemic, Chapman Freeborn has arranged many hundreds of relief flights transporting life-saving PPE and medical equipment all over the world, including face masks, nitrile gloves, respirators and even a mobile hospital.