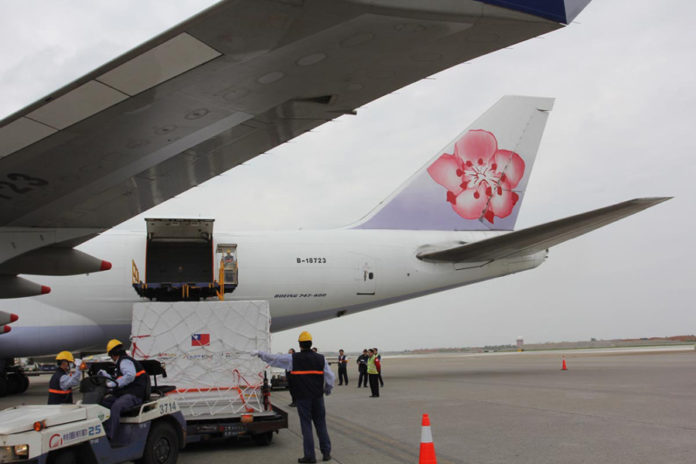 China Airlines has transported the national satellite to the US for the fifth time, with its Boeing 747-400 Freighter landing in Miami on 15 April.

The Taiwanese airline assisted the National Space Organization by flying the Formosat-7 to Miami Airport, which was then moved to the Kennedy Space Center for launch.

Formosat-7 is a weather satellite jointly developed by the US and Taiwan, designed to establish a highly reliable satellite constellation that will continue the radio occultation weather observation mission of Formosat-3.

The system will provide a boost to weather forecasting, climate observation and space weather monitoring.

The main body and components of the Formosat-7 weighed over 15 tonnes and were packed into nine pallets to ensure maximum shock protection, with the flight plan avoiding all known turbulence.

Temperatures were maintained at 20C throughout the journey with shock-absorbing padding to be used during the loading/unloading to minimise the amount of vibration experienced by the satellite.

China Airlines says the aircraft complies with rigorous vibration and temperature-control requirements during the taxiing, take-off, cruising and landing.